The Mustangs scored the first touchdown on the game on a seven-yard pass from Waziri Lawal to Nate Miller.

The Lions took the lead late in the second quarter on Riley’s one-yard touchdown run. Ryan Hutt’s extra point put the Lions ahead 7-6.

Hutt added a 27-yard field goal in the third quarter and Riley’s two-yard rushing touchdown in the fourth quarter completed the scoring.

The Lions intercepted four passes in the game as they improved their season’s record to 3-2. 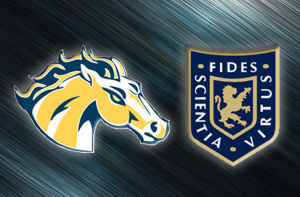