They return eight starters on offense and seven on defense from a team that was 6-4 and lost by one point to Cooper in the Section 5AAAAA final last season.

Receiver and safety Seth Newbern is coming back off an injury but should be a key player as well.

The Falcons open the season Thursday September 1 at Waconia. 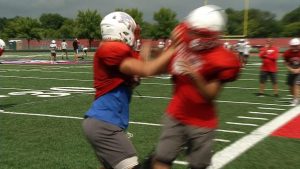