The top-seeded Pirates didn’t put the Huskies away until late.

After Park Center went up by twelve at 30-18, Andover closed the first half strong.

A three-pointer by Landyn Nelson brought the Huskies within 32-31 late in the half.

Park Center’s Leo Torbor responded with a three-point play with 0.2 seconds left to make it 35-31 Pirates at halftime.

Andover took a brief lead 41-40 on one of four three-pointers by Connor Foy early in the second half.

Park Center quickly took the lead back, and slowly put their Northwest Suburban Conference rivals away.

Braeden Carrington added 16 and Cody Pennebaker 14 for the Pirates.

Ben Kopetzki had 16 and Sam Musungu 15 for the Huskies. 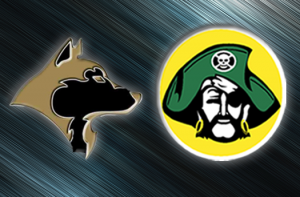