Retrum scored twice on shorthanded goals, in both the first and second periods and now has netted 15 goals this season.

Bella Shipley had two assists and scored the other Crimson goal.

The Crimson led 4-0 after two periods but CP/CR played a strong third period and got goals from Taylor Zahalka and Sydney Burnevik in the first six minutes of the period but couldn’t score again. 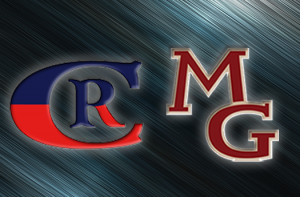