After a standout playing career at Crosby-Ironton and St. Cloud State, Novak passed on the chance to play professional basketball to begin his storied coaching career.

After becoming St. Cloud State’s head coach at age 24, he moved into the high school ranks.

Novak was head coach at Hopkins from 1957-1970, then coached Hopkins Lindbergh when from 1970-82 when the Hopkins district split into two schools.

He won 459 games as a head coach and is in the Minnesota Basketball Coaches Association Hall of Fame, and coached Lindbergh to the state tournament in 1974.

Novak is also in the Crosby-Ironton, St. Cloud State, and Hopkins halls of fame.

He became an assistant to his son Ken Junior in 1982, first at Blaine and then for 30 plus seasons at Hopkins. 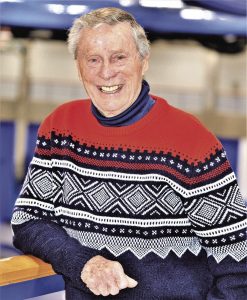