Droegemueller was scheduled to be inducted into the hall of fame at a ceremony in early May, but the COVID-19 pandemic changed that.

The event has been rescheduled for early October in Benson, Minnesota.

Droegemueller has been a coach for nearly 30 years, most of that time at Wayzata High School.

He’s an assistant for the Trojans and was their head coach for a time also.

It’s his career on the mat that earned Dave this honor.

He placed in the top five at state for five consecutive seasons, capping his career with back-to-back state titles for Osseo in 1985 and 1986.

Droegemueller finished his high school career with 159 wins, at the time the most in Osseo history.

He had a strong career at the University of Nebraska, although injuries took their toll.

Dave joins his late father Ken, the longtime coach at Osseo, in the hall of fame. 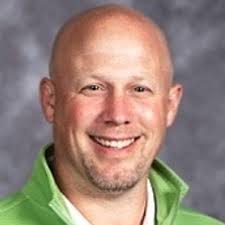