The Champlin Park boys soccer team is shooting for big things as they begin tryouts and practices for the 2022 season.

The Rebels are coming off an impressive 12-2 season, although they were upset by Spring Lake Park in the quarterfinals in Section 5AAA.

A good group returns from that team.

Drew Kalal leads a veteran group in the back. The Rebels also return both of their goalkeepers.

One key loss: Leo Conneh, who would have been one of the state’s best players, is playing for Minnesota United Academy instead of competing in the high school season.

The Rebels open the season at home against Totino-Grace August 25th. 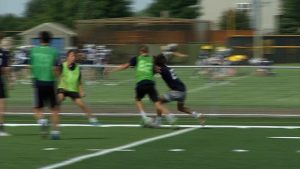