The win broke a nine-game losing streak against Blake for the Mustangs.

Blake took a 2-1 lead after one period.

Sadie Lindsay and Olivia Mobley scored in the second period to put Breck ahead 3-2.

Audrey Wethington tied the game for the Bears early in the third.

Ally Qualley answered with a goal about two and a half minutes later for Breck. 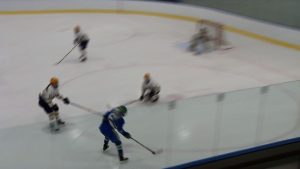 Qualley’s goal proved to be the game winner as the Mustangs beat their rivals for the first time in over four years.

Breck is the defending state champion in Class A and rated number one this season.