Ben Beise is chasing a football dream. The undrafted free agent out of West Lutheran High School is headed to Tampa, Florida for training camp with Tom Brady and the Tampa Bay Buccaneers.

A 2017 West Lutheran graduate, Beise steadily improved his game– and grew– during his four years of playing college football at the University of Wisconsin-River Falls.

Primarily playing tight end, but also some fullback, the 6’4″ 255 pound Beise earned Division III All-American honors during his senior year with the Falcons.

He was signed by the Bucs in late April and attended mini-camp in June.

Now he is one of 90 players hoping to earn a spot on the Buccaneers’ final 53-man roster. 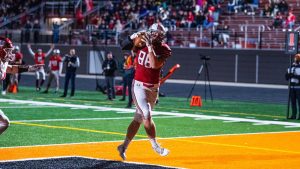 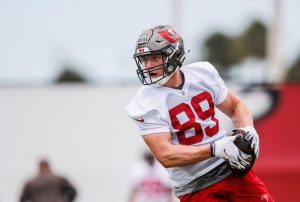