Bemidji had a 3-2 lead after two periods before Claire Riestenberg scored on a rush just ten seconds into the third period to tie the game 3-3.

The Lumberjacks converted on a powerplay with just over four minutes remaining in regulation as Elizabeth Oster knocked a loose puck in from close range.

That proved to be the winning goal for Bemidji.

Riestenberg had two goals and an assist for Armstrong-Cooper, with Cara Cook adding a goal and two assists. 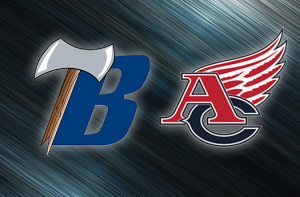