It was a day to remember for one Plymouth police officer who was near a site of an unusual bald eagle fight Wednesday afternoon.

Calls came in from the community about two bald eagles stuck together in the middle of the road of 41st Avenue North and Nathan Lane. Plymouth officer Mitch Martinson was on duty and went to the scene where he had to figure out a quick and safe solution.

“I’ve never been up that close to eagles and their talons are much bigger than I thought. So they could injure someone pretty severely if you get too close,” said Martinson.

Martinson was able to share bodycam footage of his rescue that reveals how aggressive the eagles were in locking their talons together. It was clear from what he was witnessing that both sides were not letting up. Martinson believes it may have been due to nesting or territorial issues so he had to use de-escalation tactics to solve the issue. 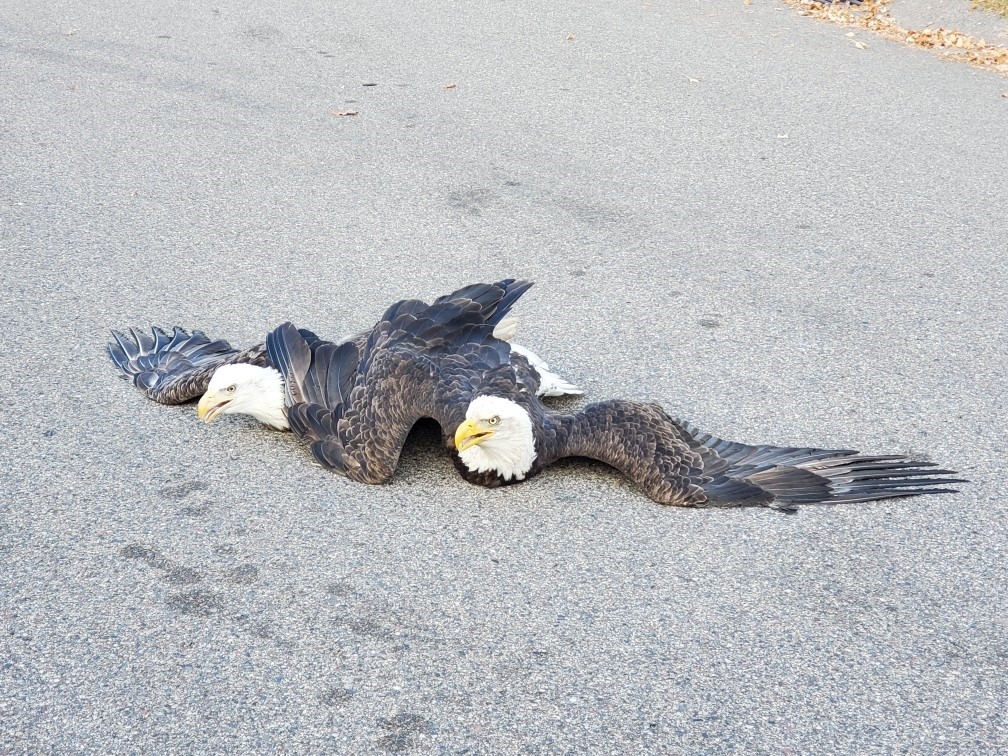 “It’s definitely a call that I’ve never had before. We don’t train on it. So yeah, I was definitely thinking outside of the box. I first wanted to make sure there weren’t any injuries with their wings or beaks. I didn’t see any injured wings I could see. From the little bit of Animal Planet that I’ve seen, I know that if you can blind them or put something over their heads they kind of calm down,” said Martinson.

Martinson along with the help of a neighbor used towels to help calm the eagles. After some time, the two eagles became exhausted and eventually safely flew away from each other.

“It’s definitely one of the most memorable calls I’ve been on, and probably once in a career, once in a lifetime incident to be on scene for and see firsthand,” said Martinson.