On the north shore of Medicine Lake, French Regional Park serves as a natural getaway in the heart of the northwest metro.

Yes, the park has a number of amenities, but as officials with the Three Rivers Park district can attest, there’s always room to get better.

“We’re making improvements or essentially revamping what we currently have in our infrastructure and our offerings to better serve the public,” said Sam Kiesow, a park operations supervisor with the Three Rivers Park District. 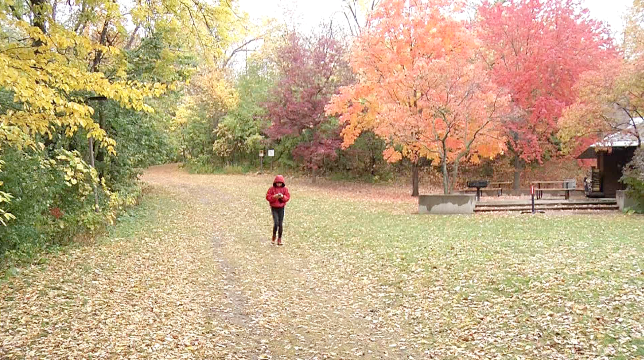 A person enjoying the fall colors at French Regional Park in Plymouth.

The district is in the process of updating its master plan for French Regional Park.

After taking feedback from the public, some of the proposals in the plan include adding more seating along the lake, moving the fishing pier to create better fishing opportunities, adding more lighting along the paths, and making upgrades to the visitor center.

Ultimately the goal is to keep current users coming back, but also encourage new people to use the park.

“So we are really trying to connect all types of people to the recreational activities and to the nature pieces that we have in the parks,” Kiesow said.

Yet physical improvements are only part of the plan.

The programming is another big component of the long-term vision. Going forward, Three Rivers is implementing a “try-it, learn-it” visitor experience model to help draw people to French Regional Park. 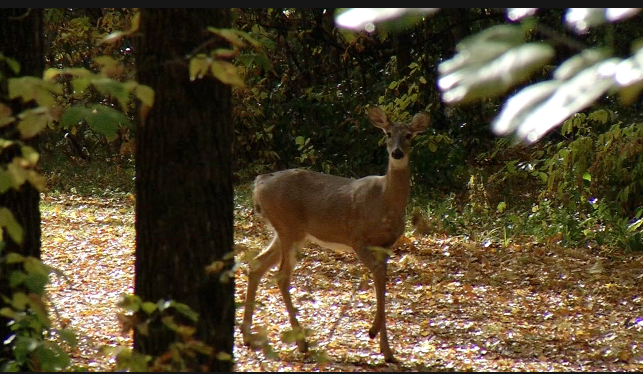 A deer walks through French Regional Park in Plymouth.

Future generations that, she hopes, can get out of the house and enjoy some nature-based recreation.

“I love it in here,” said Joyce, the resident from Plymouth.

Meanwhile, the French Regional Park Master Plan has been submitted to the Metropolitan Council for their review and approval, which is anticipated to occur in November. Assuming no substantial changes are requested, the Three Rivers Park Board would adopt the plan in December.

The upgrades to the park would cost around $2.8 million. The proposed improvements would take place over time as funding becomes available.