After a couple days of retreating from the cold, you might want to get outside and see what our beautiful wintertime landscape looks like again.

“Right now we’re in a marsh and it’s nice and frozen. And we’re going to be able to hike through that,” said Anders Hanson, a naturalist with the Three Rivers Park District. CCX News joined Hanson at Mississippi Gateway Regional Park.

Many Three Rivers Parks District Parks are outstanding places to go snowshoeing in the winter.

“It’s great for a beginner. yep. Even littles. We teach preschool to snowshoe and they love it,” said Hanson. 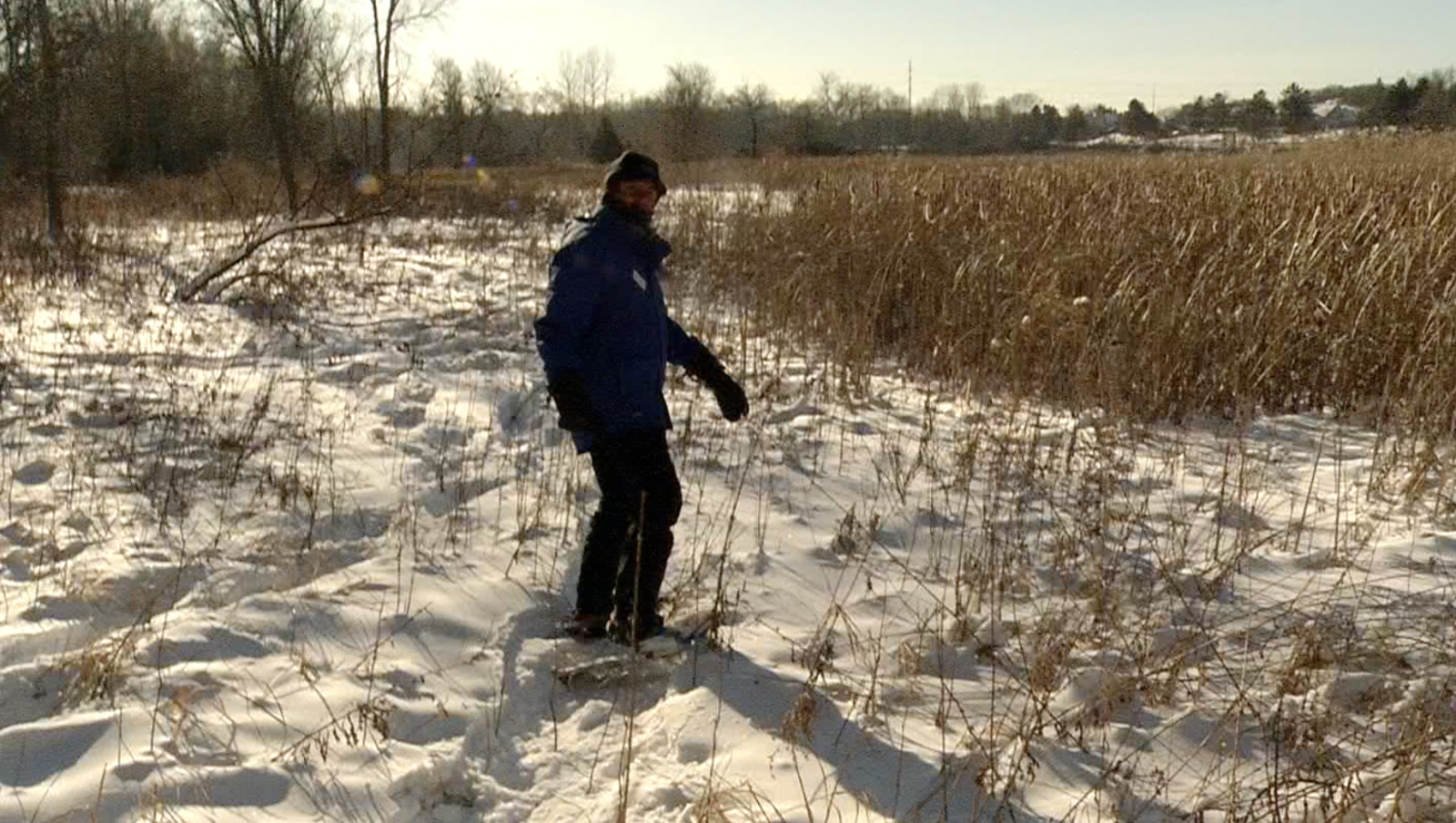 Snowshoeing is a great winter activity at Three Rivers parks. Naturalist Anders Hanson can lead you on adventures through the park.

“As we were hiking over here I noticed something that did look like a stump, but it was next to the stump,” said Hanson.

We stumbled on the story of a hawk’s final moments as told by patterns and prints in the snow.

“You can see their foot, or their talon prints. But we also see these sticking out that kind of look wispy in the snow. I think that’s the birds wings,” said Hanson.

From the story told in the snow we know that the hawk landed and then hopped around to his final location sometime after our last snowfall. And there were no other tracks around. which meant the hawk had come to his final resting place sometime in the last 24 to 36 hours.

“Sometimes when we find things in the park, as naturalists, we end up using it for teaching about the food chain so we can learn more about the animals that live here,” said Hanson.

There is an evening snowshoe outing this Thursday, Jan. 13, from 6 p.m. to 7:30 p.m. at Mississippi Gateway Regional Park.