A 75-acre site that Prudential called home for decades has become a blank canvas for redevelopment. Plymouth city leaders received updated plans this week on what the site could become.

Located at the corner of I-494 and Bass Lake Road, Plymouth officials hope to create a “city center for the east side of the city,” according to comments provided at a previous work session. Planning leaders are aiming for a development like Centennial Lakes in Edina.

In an updated sketch plan presented this week, a joint venture led by Plymouth-based Roers Cos. and Indianapolis-based Scannell Properties is proposing a medical office building, more than 1,000 units of apartments, retail, restaurants and a grocery store. Scannell and Roers purchased the site in early August for $20.4 million.

“This is going to be a vibrant, new destination for the community, where people can live, work, shop, eat and gather,” said Dan Salzer, Scannell’s director of development, in an August news release.

The development team expects a total investment of more than $300 million with 12 to 15 buildings constructed over a five-year period, officials said.

In its project narrative, the Roers/Scannell team says the redevelopment project will an “iconic destination for the city.” The project would also preserve green space and keep and expand existing walking paths to connect all the buildings.

The existing Prudential office complex, which was built in 1980, would be torn down to make way for redevelopment. 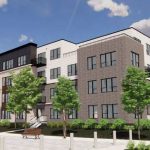 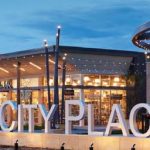 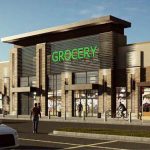 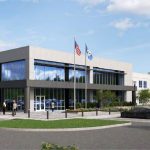