A first-of-its-kind apartment project for the city of Plymouth is in the works. The developer, Parkera LLC, calls it “a bold vision for the redevelopment of the Dundee Nursery site.”

The apartment project calls for 210 units ranging from studios to three-bedroom units. The proposal also includes 10 townhome units. However, according to the developer, what makes the project unique is green building concepts incorporated into the design. Those include using geothermal energy, reusing rainwater for sanitary sewer needs, and creating a park with many trees that will be accessible to the public. That’s in addition to solar panels.

Jepson said the project would increase pervious surface over what currently exists at the site. The building architecture will also use what’s called biophilic design, which essentially blends nature elements into the interior.

“The sustainability factor, I’m excited about that, we haven’t seen it anywhere close to this level and I like that very much,” said Marc Anderson, chair of the Plymouth Planning Commission.

The medical office building for Twin Cities Orthopedics would be 70,000 square feet, which is expected to create up to 200 jobs. The mostly physician-owned company will vacate space at the Plymouth WestHealth campus and at the Minnetonka Medical Center for the new building.

Several residents who addressed the Plymouth Planning Commission at the July 21 meeting raised concerns about traffic and the impact on neighboring streets.

“[Highway] 55 is already inadequate and now we’re going to add even more,” said Paul Schraber, a nearby resident.

A traffic study, which looked at vehicle traffic in February of 2020 just before the COVID-19 pandemic impact, found the levels to be acceptable. The study factored in future growth in the area.

“The roads are adequate and do have capacity for this development,” said Chris McKenzie, engineering services manager with Plymouth, who reviewed the study.

The Plymouth Planning Commission recommended approval with the city council having the final say at its Aug. 10 meeting.

You can listen to the full planning commission discussion here. 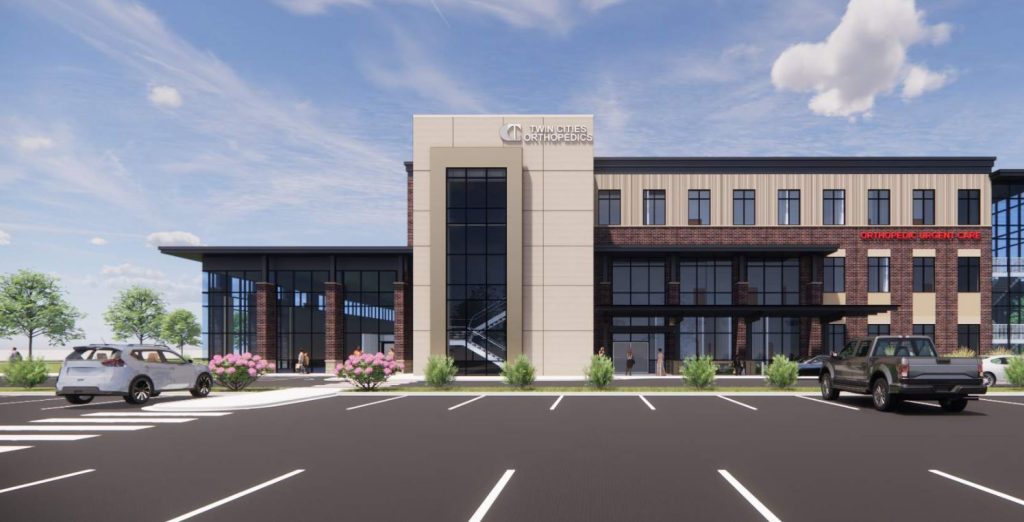