Blue Line Extension Funding Could Be in Jeopardy

Lunde testified to that effect before the Minnesota Senate Transportation Committee on Tuesday. He said the change would require the county to pay for operation and maintenance costs of existing and future light rail lines without the authority to make any decisions about them.

“Getting a bill in the mail is not partnership,” said Lunde, who represents District 1. “We ask to be full partners at the table to be able to make decisions that take our taxpayers into account.”

Lunde says the changes outlined in the transportation omnibus bill would require counties to pay for the operation and maintenance costs of existing and future light rail lines, even though they are not owned or operated by the county and the county cannot make decisions about them.

“The policy removes local control of tax dollars and would make the county legally responsible for all costs to build, operate and maintain transit guide ways not covered by dedicated sources,” said Lunde. “We would lose fiscal oversight and leverage of costs. The un-elected Met Council would have the power to make all spending decisions.”

Commissioners would like the new condition to be removed and, instead, a new revenue stream proposed that would generate funding for statewide and regional transportation systems. 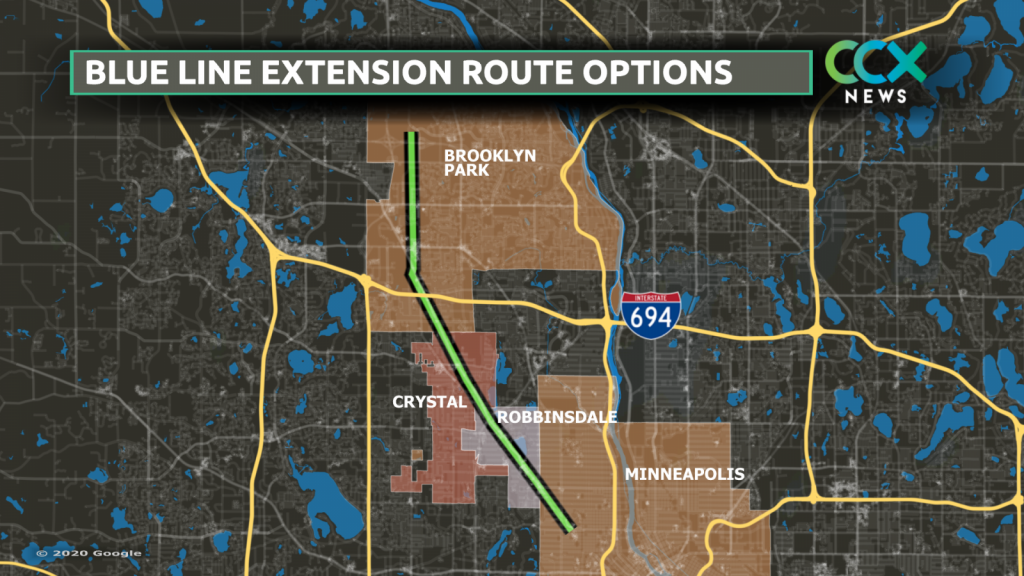 Meanwhile, the exact route of the proposed Blue Line extension is expected to be determined by the end of the year. The Blue Line Extension Corridor Management Committee in charge of planning where the future light rail line would go meets again on Thursday.

The previous route was scrapped last summer after the Met Council and Hennepin County could not make any headway with BNSF Railway to share space next to existing train tracks. New route options would move the line to County Road 81 through Robbinsdale and Crystal. They also shift the route to north Minneapolis, leaving out Golden Valley.

You can learn more here.