Two bicyclists are recovering in the hospital following what police describe as “a freak accident” in Plymouth.

The accident happened near Fernbrook Lane and Schmidt Lake Road at around 11 a.m. Saturday. According to Plymouth police, two vehicles collided with and one of them crashing into the bicyclists waiting at the intersection.

“A vehicle turned in front of another vehicle, two SUVs, and they ended up colliding with each other,” explained Plymouth Public Safety Director and Police Chief Erik Fadden. “One of the vehicles rolled and kind of spun off to the side of the intersection and struck the two cyclists who were stopped at the corner of the intersection.”

Two adult victims on the bicycles were both taken to North Memorial Health Hospital with serious injuries. The occupants of the vehicles were not hurt. 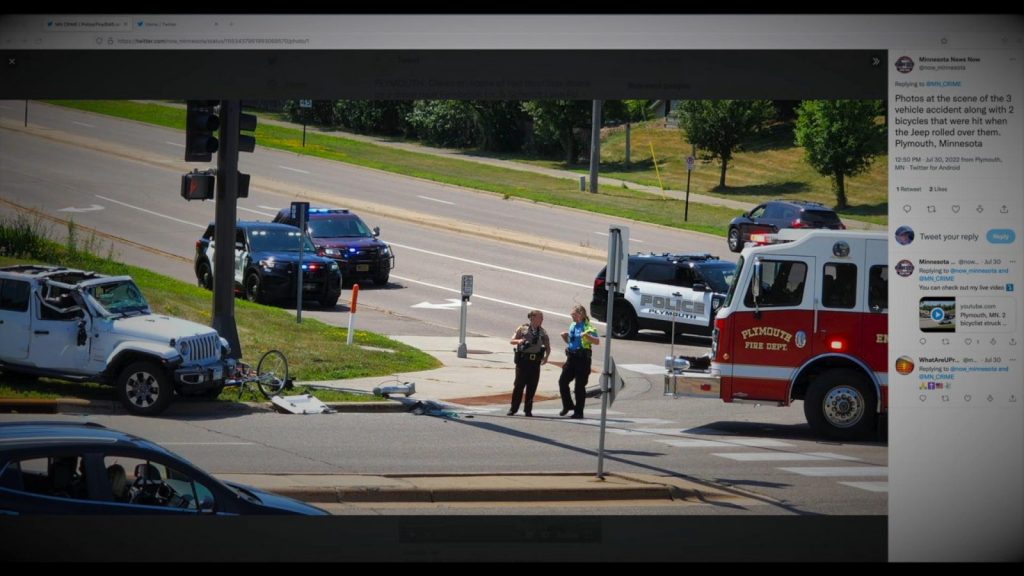 Photo taken by an eyewitness.