The Twin Cities real estate market saw a “staggering” 40 percent drop in pending sales last month, the lowest November figure seen in over a decade, according to a report released by Minneapolis Area Realtors.

The increase in mortgage interest rates combined with what realtors described as unprecedented buyer activity at the end of 2021 contributed to the large drop.

“Sellers are hesitant to put their home on the market because their payments would be very different,” said Denise Mazone, president of Minneapolis Area Realtors (MAR). “In most cases, sellers are also then buyers, and many have chosen to stay put for now until things settle down, instead of trading up to a higher payment on a more expensive home.” 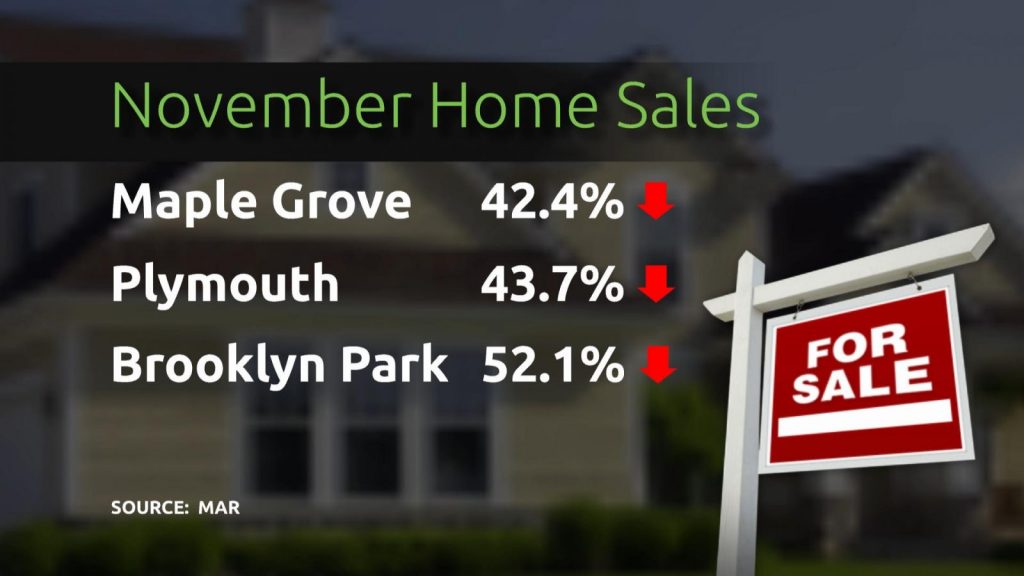 The MAR report showed 17 percent fewer listings compared to November 2021. The months supply of inventory is at 1.7. Typically, four to six months of supply are needed to reach a balanced market where neither buyers or sellers have a distinct advantage.

Last month, according to MAR data, half of all sellers sold homes for no more than 98.4 percent of their original asking price. That’s compared to 99.8 percent last year. In addition, those sales occurred after an average of 40 days on market. The data suggest a moderation of housing prices.

“Moderating price growth should be seen as a sign of a more sustainable market in line with longer-term trends,” said Mark Mason, president of the Saint Paul Area Association of Realtors.

The median sales price in November increased 4.1 percent to $354,00. Compared to double-digit increases in sales prices seen in the past year, last month’s percentage increase is more in line with historic Twin Cities averages.