The rise in home prices is not slowing down. According to Minneapolis Area Realtors, the month of May saw the median price of sales rise to $342,500, a record high in the Twin Cities.

“A lot of buyers and sellers are exhausted by the pace that homes are selling,” said Galler. “It’s much faster than anything we’ve seen in the 30 years I’ve been in the business.”

But if you want to purchase a new home, Galler says you have to go into the process with a strategy that should begin with getting your finances in order. He says get prequalified and pull a credit report.

“You want to know 100 percent what you can afford because that’s going to be important because you are going to be looking at a lot of houses,” said Galler.

“That $100,000 range is insane,” said Galler. “So don’t be surprised if you are not making multiple offers, multiple times at prices over what the listing price is.”

Home sellers might be excited about getting out in the marketplace to get the most for their house, but they often face challenges too.

“They are going to be going through that same competition just at a different price range,” said Galler. “So they need to get set and say ‘yeah, we are willing to sell’ and know it may only take a week, it may only take 10 days and you may have multiple offers.”

Minnesota Realtors’ Galler recommends talking with your realtor to develop a strategy and a timeline.

“Timing, strategy, patience,” said Galler. “And patience gets to be the challenging one.” 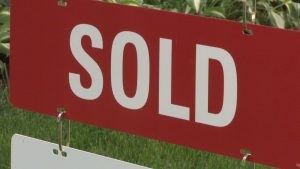