It’s been a violent 24 hours in Brooklyn Park as police are investigating three shootings, including two drive-by shootings. Gunshots rang out early Tuesday morning at Wuyeh’s home in the 8400 block of Kentucky Avenue North.

Pointing to the damage, Wuyeh said, “we had about five to six shots. I didn’t want to scare the kids because they would be running and screaming about what happened. I said, perhaps it was fireworks.” 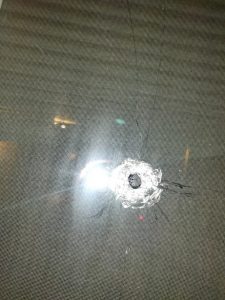 Several rounds hit cars and the garage door, taking away Wuyeh’s peace of mind. “Generally, I’m worried because I don’t know who this person is, the intent, and why, specifically my house?” he said.

Another early morning drive-by shooting happened near the corner of Kyle and 79th Avenues North. The home was hit many times with bullets piercing two bedroom windows. The resident didn’t want to go on camera but told me had he been home he might have been hit. A bullet landed right across from his bed. 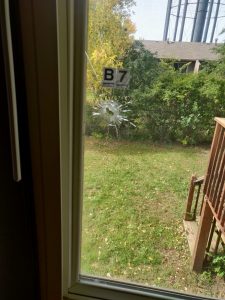 At least five shots rang out at a home off Kyle Avenue and 79th. This bullet went through the living room.

Brooklyn Park police say shots were also fired near the Brooklyn Avenues shelter for homeless youth at around midnight. A man in the area was robbed at gunpoint, and when the victim tried to run away, he was shot at.

The shootings are part of a disturbing crime spree this year, Brooklyn Park has had 80 shootings. The typical average is about 35.

“The issue we’re having is that it is all over, it’s just not one part of our community. It seems like the is violence is widespread,” said Deputy Chief Mark Bruley.

No one has been arrested in any of the cases. Call Brooklyn Park police if you have any information.