The Hennepin History Museum will host an exhibit on the Terrace from now until August.

The exhibit is similar to the one that was on display at the Robbin Gallery.

“We had a lot of the resources readily available from the previous exhibit,” explained David Leonhardt from The Terrace Legacy Project, which helped with the exhibit. “It’s been a matter of reformatting that to a new design for people more outside of the Robbinsdale area who might be more unfamiliar with the Terrace.”

When the Terrace opened in 1951, it was advertised as “America’s Finest Theater,” which is the name of the exhibit.  The theater changed hands over the years, fell into disrepair, and was eventually demolished. A group of Terrace fans emerged to try to save the building, but when that failed, they focused on preserving the building’s artifacts and legacy.

Those artifacts are still coming in. Just days before the Hennepin History Museum exhibit opened, someone came forward to donate three bears that used to be located on a rock wall above a copper drinking fountain inside the Terrace. Two are on display; one is in bad shape. 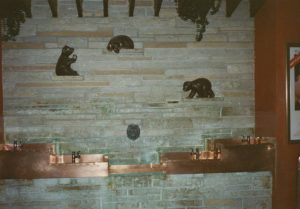 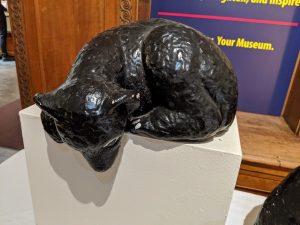 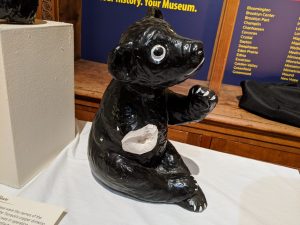 You can learn the story of the bears and more at the exhibit.

The exhibit is on display until August 9. To learn more about the Hennepin History Museum, click here.