A 17-year-old boy is dead, and another teenager is recovering from injuries, after a shooting Friday night in Brooklyn Park.

Investigators say the incident happened in the parking lot of the Regent Apartments, located on the 8400 block of Regent Avenue North in Brooklyn Park.

Police aren’t sure what led to the incident, but two teens sustained gunshot wounds.

Following the shooting, the victims left the apartment complex with the intention of getting to Hennepin County Medical Center in downtown Minneapolis for treatment.

Along the way, the car in which they were being transported stopped on I-94 near 53rd Avenue in Brooklyn Center at around 8:40 in the evening. 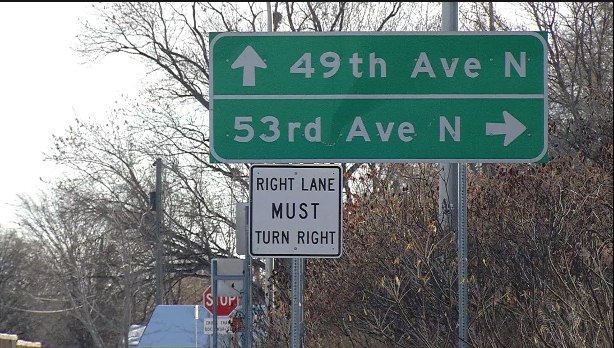 The State Patrol found the teenage gunshot victims inside a vehicle along I-94 near 53rd Avenue in Brooklyn Center.

The Minnesota State Patrol responded and found the two victims inside the vehicle, along with two other juveniles. First responders provided medical aid and transported the two teens who had been shot to local hospitals.

One of the teens later died, while another is still recovering.

“I can say that there’s a lot of moving parts to this investigation,” said Inspector Elliot Faust of the Brooklyn Park Police Dept. “There’s a lot of unknowns right now. We are running into some lack of cooperation from some of the victims and some of the other individuals that were in the car, so that’s making it a little bit difficult for us. But we’re working through some of those challenges.”

Brooklyn Park police arrested a 17-year-old for aiding and abetting murder. He’s currently being held at the Hennepin County Juvenile Detention Center. Investigators don’t believe he was the shooter, and there are other suspects at large.

This is Brooklyn Park’s third homicide of 2022.