Everyone has their own version of comfort food, but there’s one place in Golden Valley that prides itself on serving up heaping portions of items that are known to bring people satisfaction.

“So think of your hot soups, your huge salads, and pastries and desserts and very meaty sandwiches,” said Greg Mueller, general manager of Mort’s Deli. “We are as comfort food as it gets.”

For the past 13 years, Mort’s Deli has developed a loyal following of sandwich-loving patrons.

Yet Mueller considers them as more than just your average customer.

With a motto like “we stack it high and watch them fly,” it’s easy to see why people keep coming back, whether it be for a sit-down meal or takeout on Tuesday.

“For 13 years it’s great to see the same faces day in and day out, week in week out,” Mueller said. “They count on us, we count on them.” 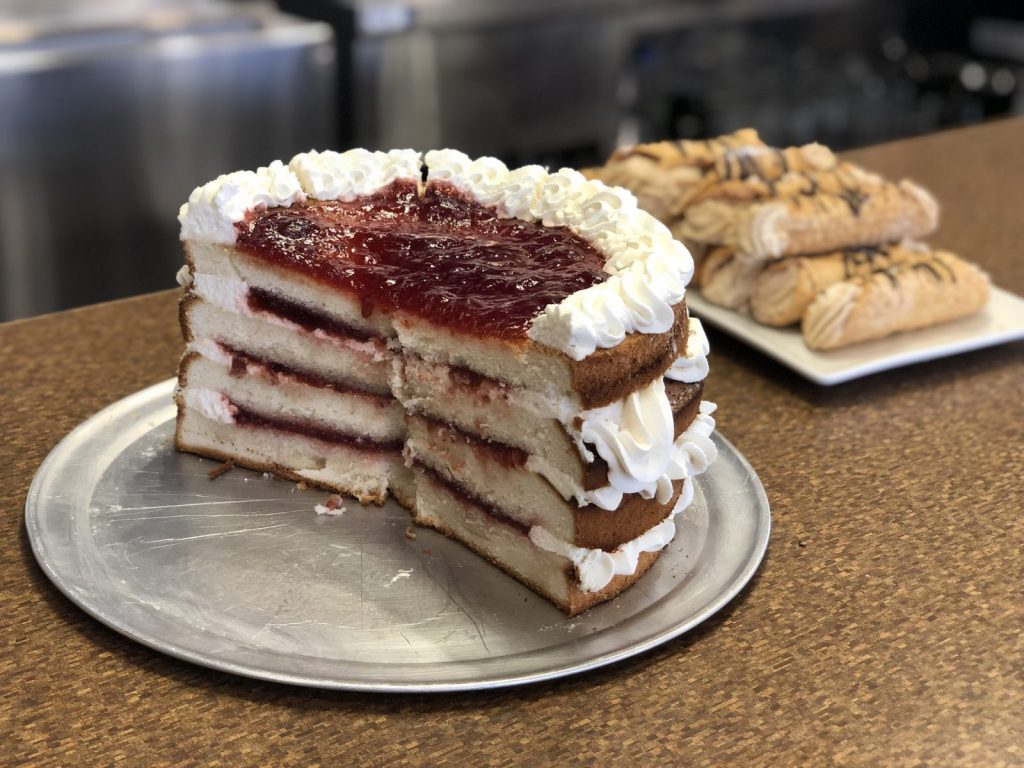 Some of the delectable desserts available at Mort’s Deli.

Deli-style food is easy to find in the Twin Cities metro area, but what sets Mort’s Deli apart, aside from the generous portions, is their attention to the food quality.

“We do get our pastrami and our cheesecake delivered daily out of New York City,” Mueller said. “Supporting local farms, getting that quality beef. I would say we’re a very Midwestern New York-style deli.”

A New York style deli with a delicious Minnesota twist.

“If you have an appetite or a hankering for pastrami or a Rueben, I’d say definitely Mort’s is the place to go,” said Matt Mahmood, a customer from Eden Prairie.