Police say Canny assaulted the 6-year-old child at Willowstone Park last week. Authorities were eventually able to arrest the suspect at his home near the park. A tip from the community led to his arrest.

“As horrific as this crime was, we’re extremely happy the way our community responds,” said Brooklyn Park Deputy Chief Mark Bruley. “We have a great community here in Brooklyn Park and they are very united. It is no surprise to us that when we call them to action to be able to help us find suspects and make our community safe, our community stepped up and we’re very proud of them.”

Brooklyn Park police say the child’s family spotted the victim and the suspect coming out of a portable restroom while the family was holding a party at the park’s pavilion. The family then learned of the assault and reported the incident to police. 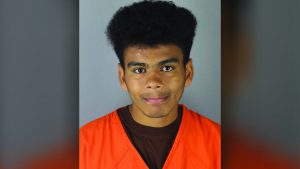 The suspect is described as a “complete stranger” to the family. He does not have a prior criminal history of sexual assault, though police say there were accusations against him.

The second-degree criminal sexual conduct charge carries a maximum sentence of 25 years in prison, if convicted.