The Minnesota State Fair has a new beer that conjures up World Series memories of the 1991 Minnesota Twins. Surly Brewing Co. crafted a beer called Ron Gant Was Out at the company’s Brooklyn Center facility. So far, it’s been a hit.

“The favorite so far seems to be Ron Gant Was Out, which we’ve got here at the Ball Park Cafe. It’s a light pale, 4.5% [ABV], with citra hops, really easy drinking beer,” described Ben Smith, Surly’s head brewer.

Of course baseball fans can decide whether Ron Gant was actually out when tagged by Twins first baseman Kent Hrbek during a controversial play.

“Hrbek may have helped him a little bit, but tags him out,” smiled Smith.

Other beers at the State Fair concocted by Surly include Epic Yuzu, a tart ale made with yuzu, a fruit that’s a cross between a grapefruit and a lemon. LuLunatic, a West Coast-styled IPA served up at LuLu’s Public House, is another.

One big change this year for Surly Brewing overall is it’s now allowed to sell growlers under a new state law, something the brewery fought for more than a decade for.

“That’s a huge change for us,” said Smith. “It’s something we’ve been trying to do for a while, which is pretty exciting.” 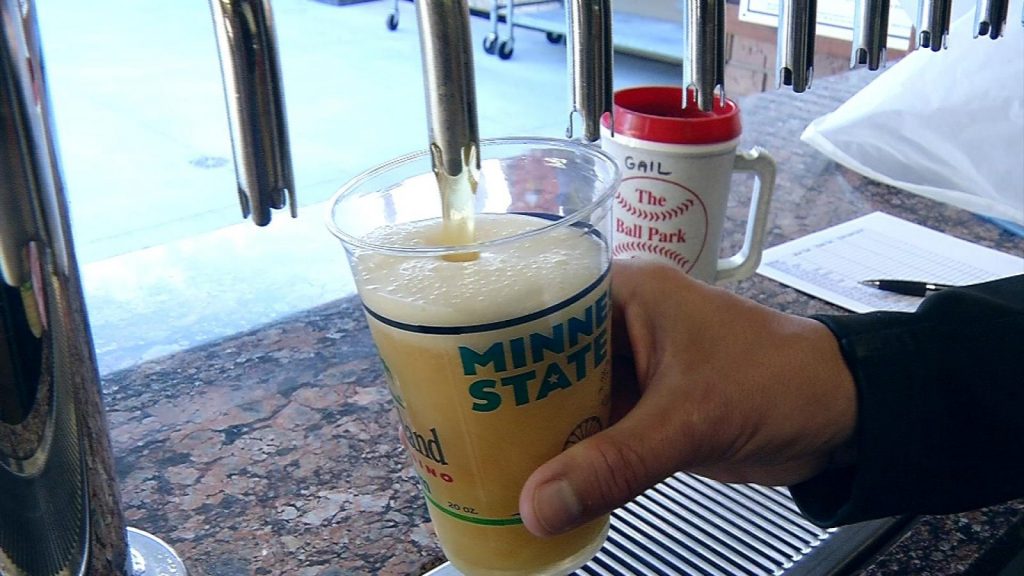