Students and Staff at Champlin Park take the Polar Plunge

Students and staff members from Champlin Park High School took a dip in frigid water on Thursday to help support a great cause.

More than 100 people signed up to take a polar plunge in a dunk tank set up in the school’s parking lot as a way to support two causes: Special Olympics of Minnesota, and Champlin Park’s Unified Club, which is a group consisting of students with and without intellectual disabilities. Those students compete in various sports throughout the school year.

The money raised at this event will help the Unified Club buy new uniforms and pay for transportation to sporting events. 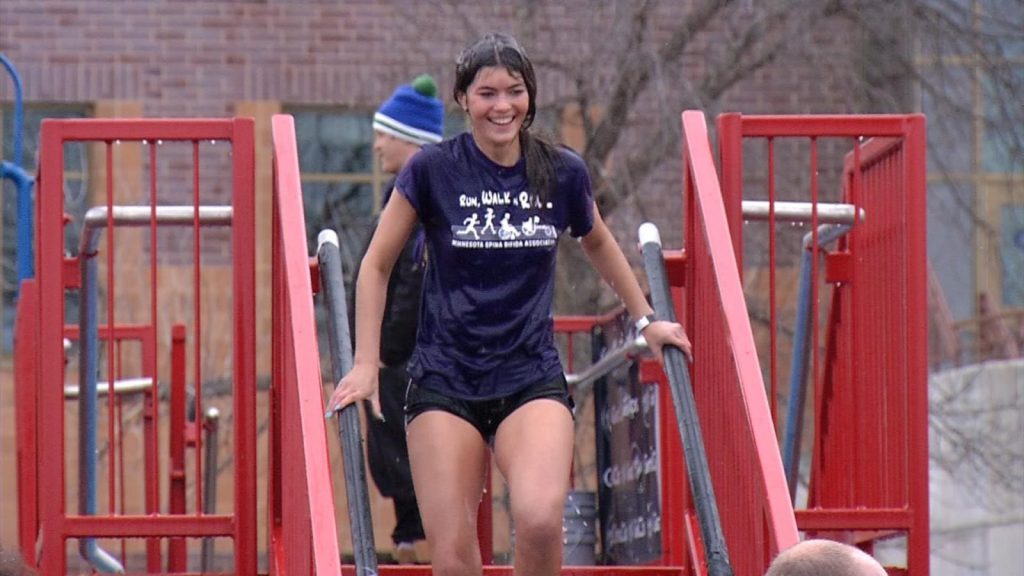 One of the 100 participants in Champlin Park’s Polar Plunge who braved 30-degree temperatures.

The polar plungers had to endure temperatures in the low-30s, but participants say it was a worthwhile sacrifice.

“It was cold, but you know, it’s a polar plunge, so it’s supposed to be cold,” said Maia Miller, Champlin Park’s Unified Club advisor. “The message of inclusion that we’ve spread throughout Champlin Park has just been awesome, and it’s been catching on. And people are seeing what we’re doing, so this is just another way for us to bring our school together and spread the word.”