A Plymouth baseball historian who had his car stolen Sunday night received some unwelcome news this week.

The chase ended in St. Paul when the 15-year-old driver of the vehicle crashed into a minivan on McKnight Road.

The driver and another juvenile fled the scene, but both were arrested a short time later. 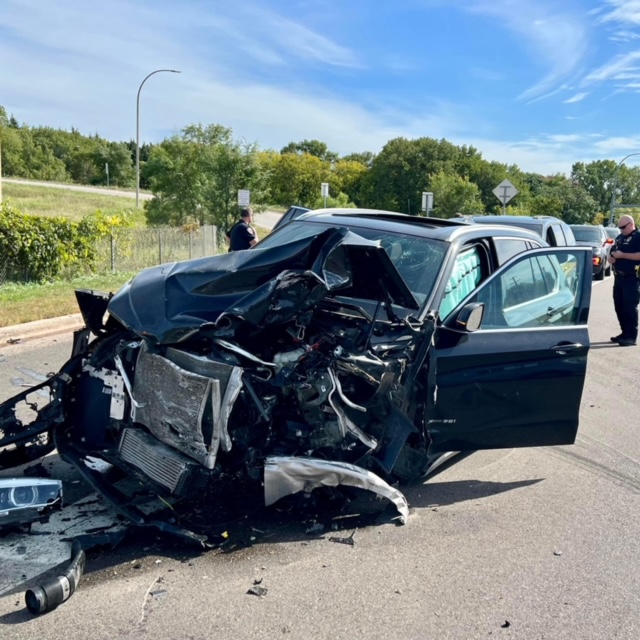 Jim Weinzetl’s 2018 BMW SUV crashed into a minivan on McKnight Road in St. Paul. The baseball historian’s vehicle had no memorabilia in it at the time of the crash. Courtesy: Ramsey County Sheriff’s Office

The 45-year-old woman driving the minivan was taken to Regions Hospital and treated for non-life-threatening injuries.

As CCX News reported on Tuesday, Weinzetl’s vehicle was stolen out of his driveway Sunday evening. In that car, he had a collection of autographed baseballs that he previously had on display in a baseball museum in Fairfax, Minnesota.

Weinzetl had taken the memorabilia out of the museum for the winter, but never brought the balls inside his Plymouth home.

Investigators told Weinzetl there were no baseballs in the vehicle at the time of the crash.