Teachers say Arlo Hollander is the musical equivalent of a five-star athlete.

“While being just a phenomenal musician, he’s remained approachable to other students, and that’s helped make him a leader in the band. They respect his ability and his kindness,” said band director Markus Hahn. “This kid is the real deal.”

Hollander plays the trombone, and spends 2-3 hours a day practicing.

“That’s just the classical aspect,” said Hollander. “Sometimes a spend 30 minutes to an hour on top of that working on improvisation.”

But Hollander also plays “a little bit of everything.”

Hahn remembers a parade when the Cooper band did not have anyone available to play tuba. Hahn asked if Hollander could step in, and he did, with excitement over the opportunity.

“He is involved in darn near every music opportunity we have here at Cooper,” said Hahn. 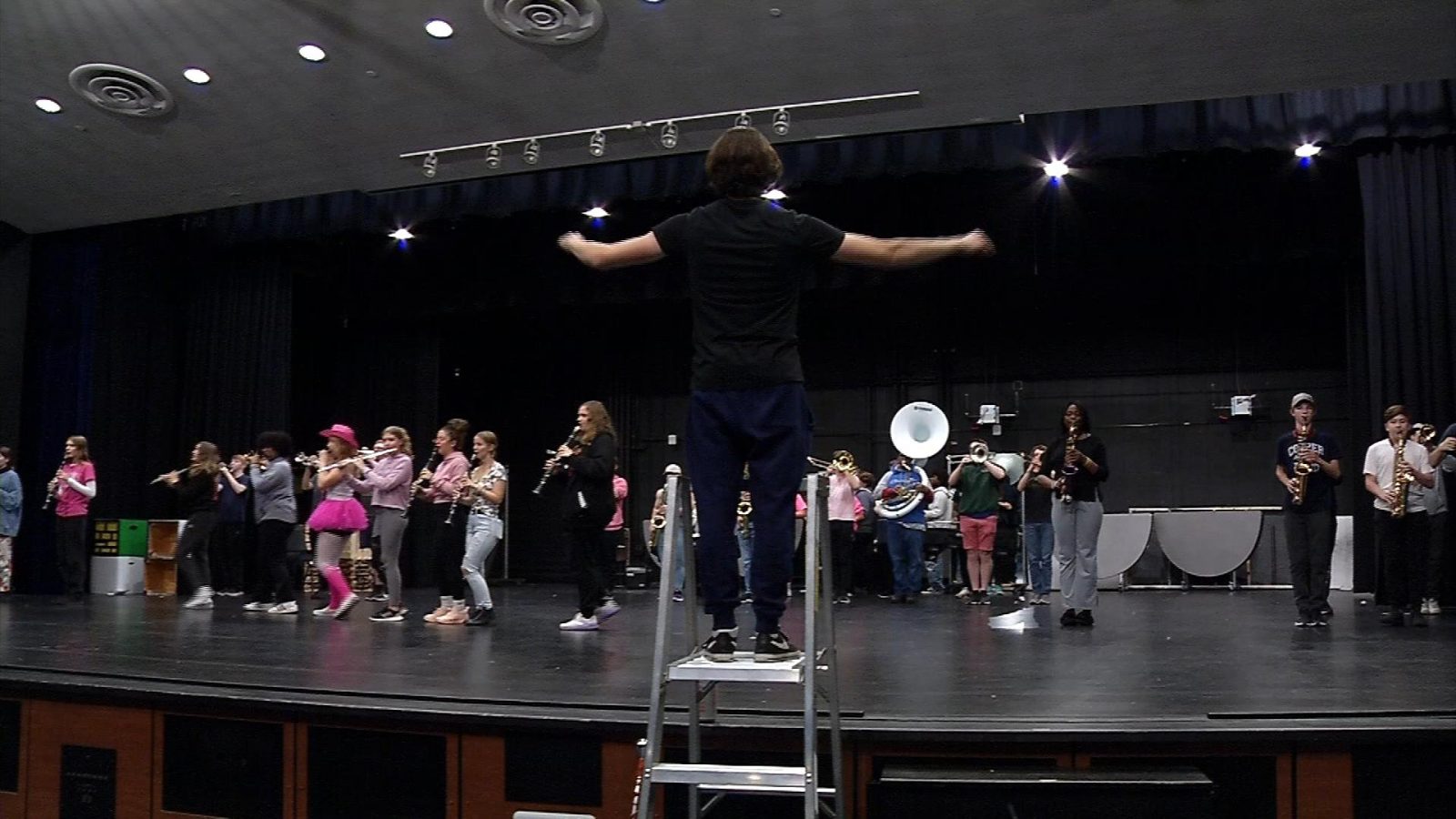 Arlo Hollander at a rehearsal for a Cooper High School band fundraiser.

Hollander is drum major as well as a good student who takes advanced classes and captain of the Nordic Skiing team.  Recently he received the AAA award, an honor for those involved in academics, arts and athletics.

He hopes to one day play in a professional orchestra.