Shots-fired Cases Up 55% in Brooklyn Park

Brooklyn Park police continue to respond to an alarming number of gun crimes. In the last four days, police have responded to at least four shots-fired calls, with gunfire hitting either apartment windows, homes or vehicles.

Just last week, a man died after he was shot outside an ethnic food market. Police said the bullets went into the store nearly striking customers.

The violence has become so alarming that the Brooklyn Park police chief posted a personal message on the department’s Facebook page.

According to crime analysis data provided by the Brooklyn Park Police Department, there have been 62 shots-fired cases through June compared to 40 at this point last year, a 55 percent increase.

“We’ve never seen the amount of lawlessness that we’re seeing not only in our community, but in adjoining communities,” said Enevoldsen. “You see it across the nation. Homicides are up, shootings are up, shots fired are up. It’s very alarming as we’re only in the end of June.”

Neighboring Brooklyn Center also reports an increase in shots-fired calls in which police were able to verify 23 cases so far this year, compared to 13 at this point last year.

Next week, CCX News will take a closer look at the rise in gun crimes and look at steps Brooklyn Park is taking to try to stop the violence. 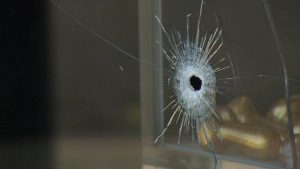