Some stores in Maple Grove’s Shoppes at Arbor Lakes are optimistic about the upcoming shopping season.

The mall recently added a facial care business called Face Foundrié. The company’s founder and CEO, Michele Henry, explained that the business has transformed how facials are done. In addition to skin care treatments, it offers brow henna, lash extensions, waxing and sculpting.

In just two years, Face Foundrié has grown. It has expanded from its other locations in Edina and Minneapolis. Henry said she saw a need for self-care services during this difficult time.  Since opening in Maple Grove, Henry said it’s already been a hit.

“I think through isolation, lets face it, you really come out needing self-care and needing that physical touch and that moment of just peace,” said Henry.

During the holiday season, Face Foundrié will extend its hours. Henry said the business also offers gift cards and glow-to-go kits, which she says are prefect for stocking stuffers. Groups can also have facial parties. 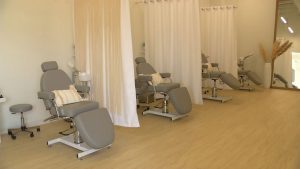 Within walking distance from Face Foundrié, the owner at Grey Duck Games and Toys said he’s also optimistic about the holiday season.

“The holiday surge has kind of already started,” said Jordan Lahr. “I’m seeing a lot people come in here thinking of Christmas already, which is different from than years past.”

Lahr, expects people will dodge the holiday rush by shopping early this year. He said even before the holiday months, it’s been tough to keep puzzles and board games on the shelves because more families are now home.

“If you can get your mind off work or just like the internet for a full day, that would be great,” said Lahr. 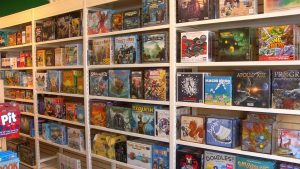 Also at the Shoppes, the city of Maple Grove leased space for park and recreation programming. See that story here.