A review of Hennepin County jail records reveals several suspects from the northwest suburbs contributed to the chaos in Minneapolis. Some contributed to property damage in northwest suburbs. The arrests include several from Brooklyn Center, several from Brooklyn Park and others from Crystal, Osseo and Robbinsdale. The arrests and riots followed Monday’s death of George Floyd, a black man who died following an encounter with a white Minneapolis police officer. 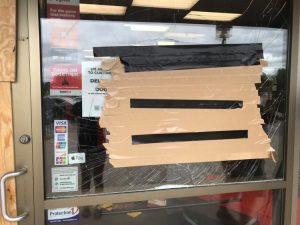 “Yesterday was a day full of tension. It was a day like none of us had ever seen,” said Governor Walz during a Sunday 9:30 a.m. press conference.

Here’s a look at the arrests by city of residence, according to Hennepin County jail records:

Outside vs. Homegrown Agitators

The attention is also focused on how many “outside agitators,” as Governor Tim Walz called them, contributed to destruction in the Twin Cities. A CCX News review of 89 jail records late Saturday and again Sunday morning when the list had grown to 107 showed most of the suspects are from the Twin Cities, with many of them from Minneapolis. A handful of suspects were listed as addresses from Michigan, Missouri, Florida, Arkansas and Illinois. 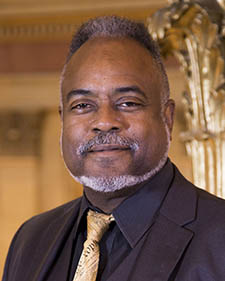 Harrington said 20 percent of arrests from Saturday night into Sunday were from outside of Minnesota. Walz had suggested early Saturday during a press conference that the violent destruction was caused by about 20 percent Minnesotans and 80 percent outside. Walz and public safety officials mentioned organized anarchists or white supremacists possibly connected to the looting and arson.

“They were not demonstrating for a cause, they were not protesting for injustice, they were simply bent on destruction of property and they were bent on trying to hurt people,” state Public Safety Commissioner John Harrington on Saturday.

At Sunday’s press conference Harrington said arrests involved confiscations of AR-15 rifles. Other police stops involved vehicles with no license plates and lights out. Several had been stolen locally and were full of rocks and weapons, Harrington said. He said people inside those vehicles fled on foot.

Walz said the state is “hearing from human intelligence” about outside groups. “We’ll get more data on this,” Walz said at Sunday morning’s press conference.

Harrington said rioters had a “tactical advantage over us” Friday night into Saturday. That changed with the full deployment of the Minnesota National Guard for the first time since WWII Saturday night into Sunday. Harrington says the Guard anchored buildings that allowed police to be a “rapid response force.”

Walz said the strong show of force will continue Sunday night, mentioning the destruction that erupted Saturday night around the country. The governor says Saturday night’s response that prevented further destruction in the Twin Cities is only a slight reprieve.

“That simply gets us back to the place we were before, but that place is not good enough,” said Walz on Sunday.