The penalties were approved at its Dec. 12 meeting.

New Hope police conducted compliance checks on Oct. 17 at 33 establishments that sell alcohol and/or tobacco products. It was the first violation for the seven businesses cited.

The fine for a first-time tobacco violation is $300. For alcohol it’s $250. Each must also undergo sales training or receive a 3-day license suspension.

“We have to make sure, in fact, we’re not putting tobacco in the hands of juveniles. And so I get concerned with ‘well, it was a mistake.’ Well, it was a big one,” said New Hope City Council member John Elder. 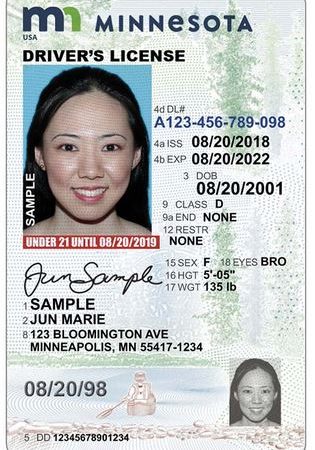 All Minnesota licenses for drivers under 21 are vertical compared to horizontal licenses for those of legal age. Licenses for minors also show “under 21” in red with the date they turn of legal age to buy alcohol or tobacco.

Some business owners also told the council that they have since installed technology that require IDs to be scanned.

“I know it’s very serious. This is protecting our children,” said Winnetka Liquor owner Gherense Neguse, who told the council he has raised two children himself. “Unfortunately, I had a very bad day.”

The city of New Hope does two compliance checks a year.

“Ultimately, the goal is to have no offenders,” said New Hope Mayor Kathi Hemken.