A bipartisan group of Minnesota lawmakers, including several from the northwest metro, plan to introduce a bill to protect the privacy of voters for presidential primaries.

Under the current system, voters must request a ballot of one of the political parties. The parties can then access every voter’s party preference and can make that information public. It’s seen as a way to make sure there’s no organized mischief and crossover voting among parties (for example a known Republican crossing over and trying to nominate a weak Democratic candidate and vice versa).

However, some lawmakers say the privacy issue has limited early voter turnout. Local city clerks expressed a similar sentiment to CCX News. Legislation proposed would restrict information that gets released, including allowing voters to opt out of having their party preference shared.

“I believe that this bill that we have today does respect the practical rules of the national parties and indeed honors the right to privacy of Minnesota voters, Democrat or Republican,” said Senator Ann Rest, DFL-New Hope. 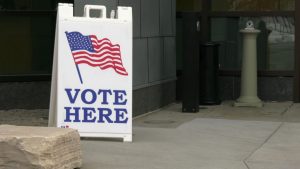 Minnesota switched to a primary system after precinct caucus frustration in 2016. That year voters arrived to overcrowded meeting rooms, some giving up and going home instead of waiting hours to participate.

The legislation adds additional privacy language to the current statute that prohibits all major parties from using voter information for anything other than election purposes. It would only allow each major party to use presidential primary political party rosters to make sure the information is in compliance with applicable national party rules. The legislation would also allow voters to fill out an opt-out form before filling out a ballot.

“It ensures that we can keep that data private and also ensure that we can trust our election systems,” said Rep. Bahner, who is vice chair of the Subcommittee on Elections.

Senator Rest says there’s time to put the law into effect for the March 3 presidential primary. She plans to help sponsor the legislation in the Minnesota Senate.