Simon says he routinely visits polling places to talk to workers and check on the process. He emphasized that even though this is a special election, it’s run the same way as other elections.

“I hope that people look at this process and gain confidence in the way this city and so many cities around Minnesota run elections. It’s run very professionally, by people who are nonpolitical, ethical, thorough,” said Simon.

Simon also says Minnesotans should be proud that the state traditionally has high voter turnout.

“We should be really proud as Minnesotans that our people lean in and tend to vote in big numbers. In the 2020 election for the third time in a row, Minnesota was number one in America for voter turnout,” said Simon. “I would bet that the special election today in Brooklyn Park would have higher turnout than similar elections in other jurisdictions, other suburbs in other states. In Minnesota, we like to vote, doesn’t matter whether you are red, blue, or other. We like to lean in, We like to vote and this is an example of that.”

There are four candidates who have filed to replace Lisa Jacobson representing the East District on the Brooklyn Park City Council. They are Abraham Bah, Xp Lee, LaDawn Severin, and Benjamin Osemenam. 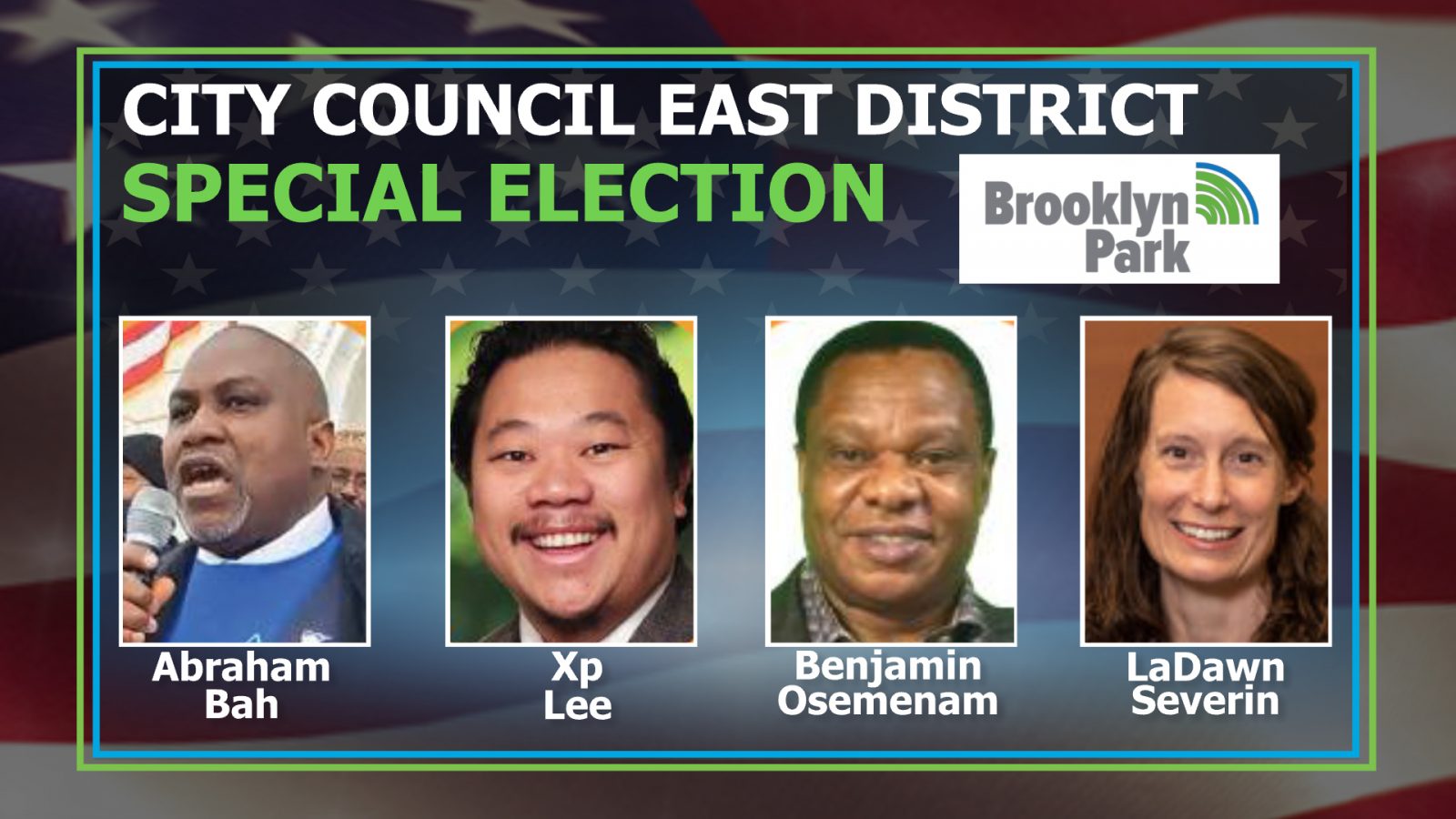