This Saturday marks the 20th anniversary of the Sept. 11 attacks. Communities across the northwest suburbs are commemorating the anniversary in different ways.

Students and staff at Providence Academy came together Friday to pray and remember the victims of 9/11. The mayor as well as members of Plymouth police and fire departments were also in attendance. Every year, the school plants 2,977 flags to remember all of those who died on Sept. 11, 2001.

This Saturday in Brooklyn Park, the Palmer Lake VFW will host its annual “Fall Freedom Festival,” an event that celebrates our freedom, marks the end of summer, and honor veterans and their families.

The community event will also include a barbecue, live music, dunk tank and horseshoe tournament. City leaders will also be speaking live to honor the 9-11 anniversary. But most importantly, the VFW wants veterans to know they’re not forgotten.

“There are a lot of feelings, a lot of emotions. You know at the end of the day, the VFW is all about the veterans and their families. And we’re here to support them. We know that for a lot of veterans they’re really hurting with the latest of events that have gone on. And we’re here for them,” said Commander Jarrod McReynolds.

Around 6 p.m. there will also be a special flyover. 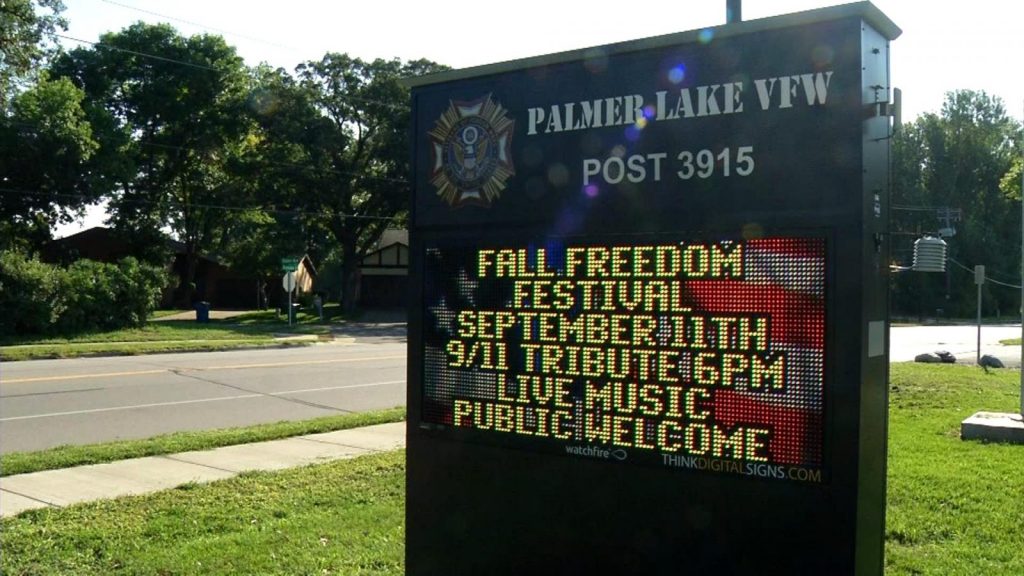 Also in honor  of 9/11,  American Legion Post 172 in Osseo is hosting an “All-American Flag Retirement Ceremony.” The event starts at 10:30 a.m. Saturday.

Everyone is encouraged to bring their unserviceable flags.