Before any restaurant opens its doors, the staff needs to do a ton of prep work. And at Robbinsdale’s popular Travail Kitchen and Amusements, every day is busy.

“It’s really about making the best food possible and creating the best and most hospitable experience for people,” said Mike Brown, chef and co-owner of Travail. “So it’s a very experience-driven restaurant.”

Brown says all of the jobs in a place like this are important. Even the ones that don’t look particularly glamorous.

To help alleviate that problem, Brown is turning to people like Estella Pearson, a junior from DeLaSalle High School.

“I realized once I started working here, like, everything takes so much time and, like, energy,” Pearson said.

She is one of the first hires of Travail’s new young chef training program. 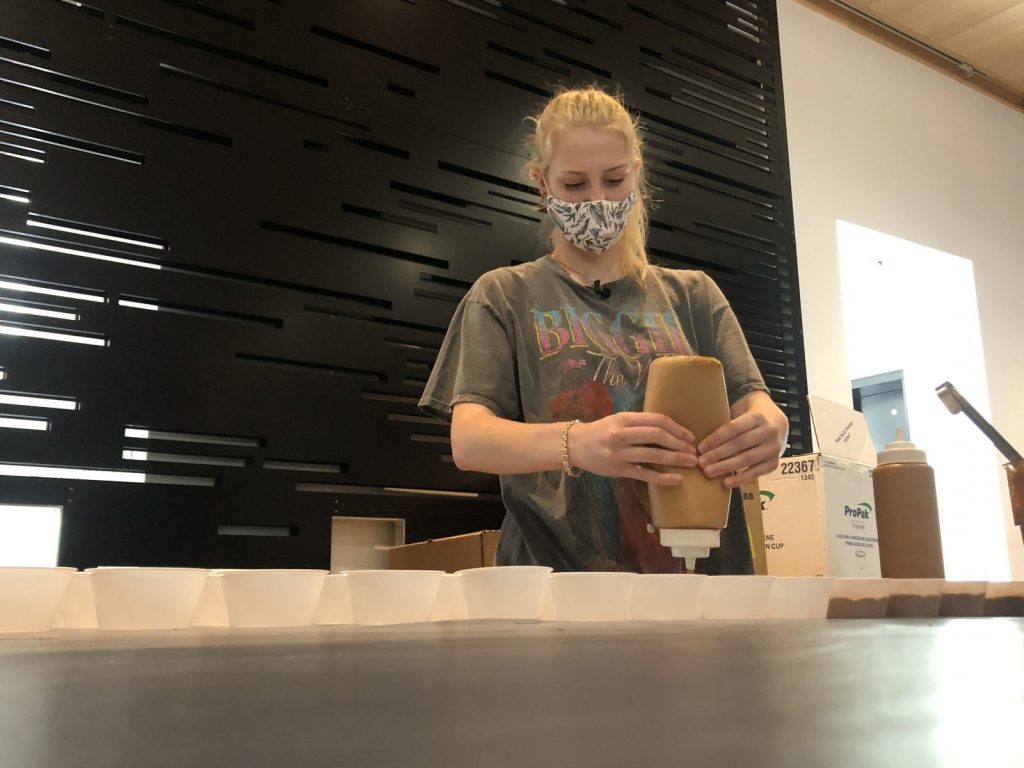 As Travail works its way back up to 100 percent capacity for the first time since the new building opened in 2020, Brown said he’d like to hire about 10 people who are willing to make a two-year commitment to this apprenticeship.

Starting pay is $16 an hour. The wage goes up as your skills increase.

“It’s a lot of work, but it’s definitely worth it and you learn so much along the way,” Pearson said.

Pearson is a few weeks into the program. Most of her responsibilities have involved packing Travail’s take-home family meal kits. It’s a small step that could potentially lead to something bigger down the road.

“I really want to go to culinary school,” she said. “Honestly I think that’d be like, it’s something I’m considering.”

If at some point she changes her mind, Pearson — and anyone else who’s accepted into this program — still gets the experience of knowing what it takes to succeed in this business and work in a team-setting.

“I didn’t think it’d be this fun,” Pearson said.

Along the way, they may even learn how to cook a few things from some of the best chefs in the Midwest.

“We’re looking to bring these people in to try to create something, try to create a new culture for what’s happening in this building,” Brown said.

Meanwhile, anyone who’s interested in applying for the Travail young chef training program can reach out to them via email at Clement.zach@travailcollective.com or info@travailkitchen.com.