The superintendent of Robbinsdale Area Schools has accepted a job in Madison, Wis. 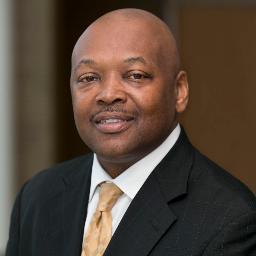 In a press release, the district confirmed that Dr. Carlton Jenkins, superintendent of Robbinsdale Area Schools for the last five years, will be leaving. His last day on the job will be Aug. 3.

“I will deeply miss working with the amazing students, staff, families and community members in Robbinsdale Area Schools,” said Dr. Jenkins in the release. “I am honored the MMSD school board placed their confidence in me to continue to build on the foundation of great work that has been done in the Madison Metropolitan School District. I look forward to my return to the community where I started my administrative career.”

Jenkins will be the first black superintendent of the Madison Metropolitan School district, which is the second largest school district in Wisconsin.

The Robbinsdale district says graduation rates increased in each of the past four years and that Dr. Jenkins has been a proud supporter of the district’s Unified Vision plan, which the school board adopted in 2014. Madison media reported that Jenkins was happy with his job in Minnesota until “Madison came calling.”

Jenkins came under scrutiny after reassigning a long-time principal at Armstrong High School in early 2019. The move sparked a petition for a state audit of the district. Earlier this summer, the state auditor’s office determined “no evidence of wrongdoing” by the district, but pointed out several areas that the district should improve upon.

The school board will meet July 13 in a special work session to discuss the process for Jenkins’ replacement. 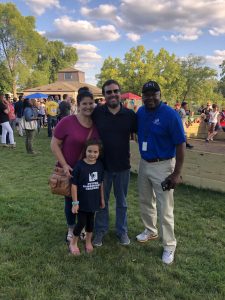 Jenkins meeting with the family of a future kindergarten student.

“We are thankful for Dr. Jenkins’ leadership over the past five years at Robbinsdale Area Schools,” said David Boone, chair of the Robbinsdale School Board chair, in a statement to CCX News. “During the tenure of Dr. Jenkins, our district became stronger in our pursuit of equity through our Unified District Vision and is preparing greater numbers of students for success in college, careers and the articulated skilled trades. Although we are saddened to lose Dr. Jenkins, we wish him well in his new endeavors.”