Robbinsdale School Board Approves Process to Replace Member Who Resigned

The Robbinsdale School Board approved a process to replace one of its members who resigned last month, saying comments from the community created an oppressive environment.

Pam Lindberg read a tearful resignation to the school board in July, saying the “hate was just too much.”

Lindberg said in Monday night’s meeting that she intentionally delayed the resignation, so the school district would not have to pay for an election. She said the cost of an election at $60,000 would have equaled the cost of one teacher. 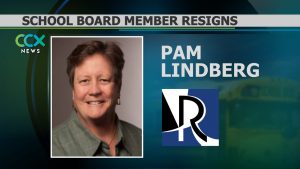 The board will select the replacement from a group of applicants with the replacement sworn in during November to serve the remainder of Lindberg’s term. The term runs through 2022.

To qualify for an appointment to a local school board, applicants must be:

To be considered, applicants may not:

Applications must be received by Monday, Aug. 30. Interviews are tentatively scheduled in mid-September.