Robbinsdale School Board Member Resigns, Says ‘The Hate Is Too Much’

Robbinsdale School Board member Pam Lindberg announced in a tearful resignation Monday night that she would step down from the board in August. In her resignation letter, Lindberg said her reason for resigning is public incivility, particularly on social media.

“The hate is too much. I no longer feel respected nor effective. Continued permission the community members give themselves to say whatever they want and however they want it is oppressive, it’s demeaning and damaging and I cannot remain an effective school board member under these conditions,” said Lindberg.

Lindberg went on to say her first term was rewarding, saying the years on the board were “wonderful.”

“I felt like I was making a difference and impacting students in a positive way. That’s why I ran for the board,” said Lindberg. “Since the community attacks of 2019 and the constant scrutiny of district leadership, especially the board, my spirit has been deflated.”

Lindberg says she was proud of voting to hire Dr. Carlton Jenkins and later Dr. David Engstrom, who learned of the resignation at his first school board meeting for the district.

Lindberg was elected to the school board in 2014. She has experience in education, having worked as a teacher and coach. Lindberg says she will resign effective Aug. 17, which will leave more than a year on her term.

The Robbinsdale School Board has not made a decision on whether it will hold a special election or appoint a replacement for the remainder of Lindberg’s term. 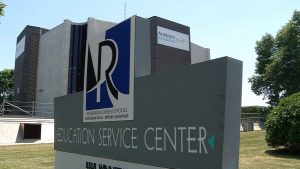 “It is with a heavy heart to accept the resignation, but I understand,” said Board Chair David Boone.

Listen to the full meeting here.