Robbinsdale Pastor: “I Beg You, Please Do Not Turn to Looting”

The repercussions of George Floyd’s death in Minneapolis spilled into Brooklyn Center early Thursday morning. A group of vandals smashed windows and broke into businesses at the Shingle Creek Crossing shopping complex. Brooklyn Center police believe the incidents are tied to ongoing rioting and looting that started in Minneapolis.

The damage led to an impassioned plea from a Robbinsdale pastor.

“They’re not doing this for him (Floyd),” said Lakeisha Turpin of New Hope. “Some of them are taking advantage of it and doing it to just break into stores and mess up people’s business.” 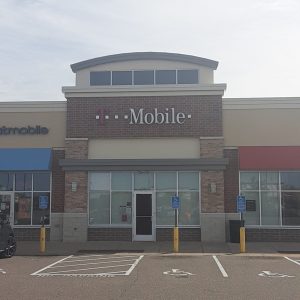 Brooklyn Center police received a call around 1 a.m. from a Walmart employee. Upon arrival they discovered about 50 vehicles in the parking lot.

The cars and trucks soon left, but in the next few hours there were break-ins at multiple Shingle Creek Crossing stores, including Foot Locker, T-Mobile, MetroPCS and Family Dollar.

“This nation is reaching a boiling point,” Rev. Smith said.

B.C. Mayor: “We Don’t Want the Story to Become About Looting”

Floyd, an African-American, died after a white police officer pressed his knee on Floyd’s neck while Floyd was laying on the ground.

The emotions from the event continue to pour out.

“People are sick and tired of the killings, the abuse, the racism by police,” Rev. Smith said.

“I completely understand where the frustration is,” said Lauren Stafford, a shopper from Brooklyn Center. “There are some things that need to change and some people need to be held accountable.” 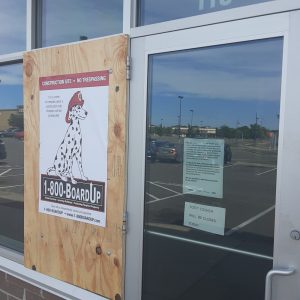 Brooklyn Center Foot Locker that closed after it was burglarized

Brooklyn Center Mayor Mike Elliott emphasizes he’s not against people protesting, just as long as they do it in a peaceful way. He says vandalism does nothing to advance the cause of justice.

“We don’t want the story to become about looting and destruction of property,” Mayor Elliott said. “We need to keep the focus on George Floyd.”