Around 5 p.m. Sunday,  a water main broke at the intersection of Old Rockford Road and Holly Lane N. in Plymouth. Some neighbors took video and pictures and posted them to Preserve Hollydale Facebook page. 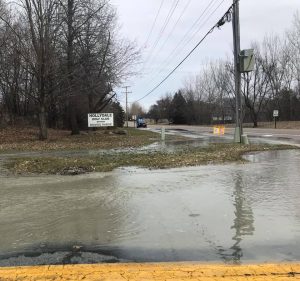 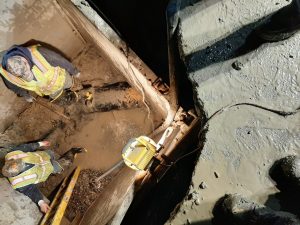 Justin Hirsch and Eric Moening in the trench box starting on the repair Sunday evening. Photo courtesy city of Plymouth

“As you can see in this photo, there was a weak spot in the pipe that caused a small hole to occur,” said public works director Michael Thompson. “Typically these are caused by corrosive soils/conductivity or pressure changes in the pipe from other breaks in the area or seasonal temperature changes for example.”

Check with CCX Media for news that is happening in your neighborhood.