It was a long-fought DFL primary battle in the Fifth Congressional District. But in the end, it was over in less than an hour. Just before 9 p.m. Tuesday, U.S. Rep. Ilhan Omar’s victory over her strongest primary challenger, Minneapolis attorney Antone Melton-Meaux, was assured. With just over 39% of the vote to Omar’s 57%, Melton-Meaux conceded the primary to the incumbent.

“The Democratic process has worked,” said Melton-Meaux in a written statement to CCX News, adding “Ilhan Omar and her team worked hard.”

Melton-Meaux had raised millions of dollars in an attempt to unseat Omar. He believed his candidacy could better represent the needs of the district, which includes Minneapolis and suburbs like Golden Valley, New Hope, Robbinsdale and New Hope.

Omar, however, easily won Minneapolis according to precinct vote totals. With all precincts reporting, Omar had 57% of the vote (92,443 total votes), while Melton-Meaux had 39% (63,059 votes). Three other DFL candidates had 1.6% of the vote or less.

It has been the honor of my life to represent you in Congress and I look forward to continuing to serve the people of the 5th District in the years to come.

“We Earned a Mandate for Change” 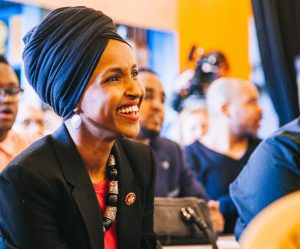 Omar’s win means all four members of “The Squad,” the group of four first-term minority congresswomen, will advance to the general election. Rashida Tliab of Michigan, Alexandria Ocasio-Cortez of New York and Ayanna Pressley of Massachusetts also advanced to the general election having either defeated primary challengers or, in the case of Pressley, ran unopposed.

“Tonight, our movement didn’t just win,” tweeted Omar on being declared victorious. “We earned a mandate for change.”

But the road to primary victory hasn’t been completely smooth for Omar. Over the past few months her campaign fought off allegations of ethical improprieties over payments to her husband’s political consulting firm, as well as Melton-Meaux’s accusations that she isn’t paying enough attention to the needs of her district.

“I was focused on the lack of representation that we were receiving,” said Melton-Meaux. “(Regarding) COVID 19 and the murder of George Floyd, we can’t just wait around for our leaders to decide to lead. There’s too many systemic inequities.” 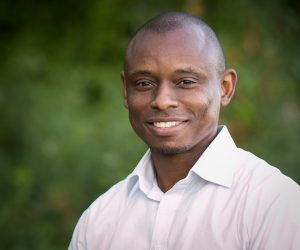 Melton-Meaux also faced staunch opposition, including accusations that the massive war chest he raised for the campaign came in part from Republican donors and right-leaning political action committees. In addition to financial matters, Melton-Meaux found himself attacked over what opponents deemed an anti-progressive history, including having worked at a “union-busting” law firm, having represented interests opposed to the MeToo movement, and making critical statements of the Black Lives Matter movement in 2015.

Beyond accusations, what’s undeniable is that Melton-Meaux holds more moderate positions than Omar. He opposed the “defund the police” movement in the wake of George Floyd’s killing involving Minneapolis police. He also supports a public option for health insurance over Omar’s advocacy for a single-payer system.

Political Expert: Centrist Politics Can Be a Liability

Hamline University political science professor David Schultz points out why centrist politics can be a liability in modern Democratic politics.

“This is the first election in more than 30 years where the baby boom generation is not the largest generational voting bloc. It has now shifted to the millennials.” And millennials, Schultz points out, trend liberal. “There is a shift going on, a building of a new generation of leadership.”

That shift upends decades of Democratic political thought which Schultz points out began as far back as 1980 when Democratic President Jimmy Carter lost to challenger Ronald Reagan.

“The message that many Democrats took away from the 1980 victory was that Carter was too liberal even though Carter was really a centrist compared to previous Democrats,” Schultz said.

That too-liberal evaluation led to a Democratic Party that was reluctant to appear too far left of center, he said. But as that generation of party leadership is replaced by younger members, Schultz thinks voters will see more Democratic candidates embracing the ideology of the left, rather than the center.

Viewed through the lens of the left-leaning shift, last night’s results are hardly a surprise as the Fifth District is widely considered the most liberal in the state. This bodes well for Omar’s chances in the November general election, as the last time a Republican held the district, The Beatles had yet to rise to fame in the U.S.

While Omar moves to the general election and a likely victory, Melton-Meaux might well fade into the political background. On the idea of losing the primary, the challenger said, “What you’ll see is me spending time with my wife and my two kids and getting back to my mediation practice, which I love.”

The challenger did add that he plans to continue being active in his community.

On the Republican side, Lacy Johnson easily prevailed in a three-way contest. Johnson had 77% of the vote in the Republican primary (8,742 votes). DFLers have controlled the Fifth District seat since 1963