This weekend and next around the northwest suburbs, you’ll see plenty of people dressed in dirndls and lederhosen. Oktoberfest celebrations are taking place at local breweries, including Luce Line Brewing Co. in Plymouth and Under Pressure Brewing Co. in Golden Valley.

Luce Line Brewing Co. will release two specialty beers for its event, which takes place Saturday. Those include a festbier, described as a lighter malty beer, and one called Extra Foggy Hazy IPA, modeled after a venue favorite, the Foggy Bottom.

“It’s got the same features as foggy bottom, but with an added oomph that adds extra flavor and depth and it’s really been awesome,” described Tim Naumann, co-owner of Luce Line Brewing.

The brewery will give part of the proceeds from Saturday to the Luce Line Foundation, a nonprofit dedicated to improving area parks and bike paths.

“If people are interested in cycling or better access to trails or they enjoy pickleball, we’re going to be opening up eight courts if we can actually get this thing moving,” said Naumann. 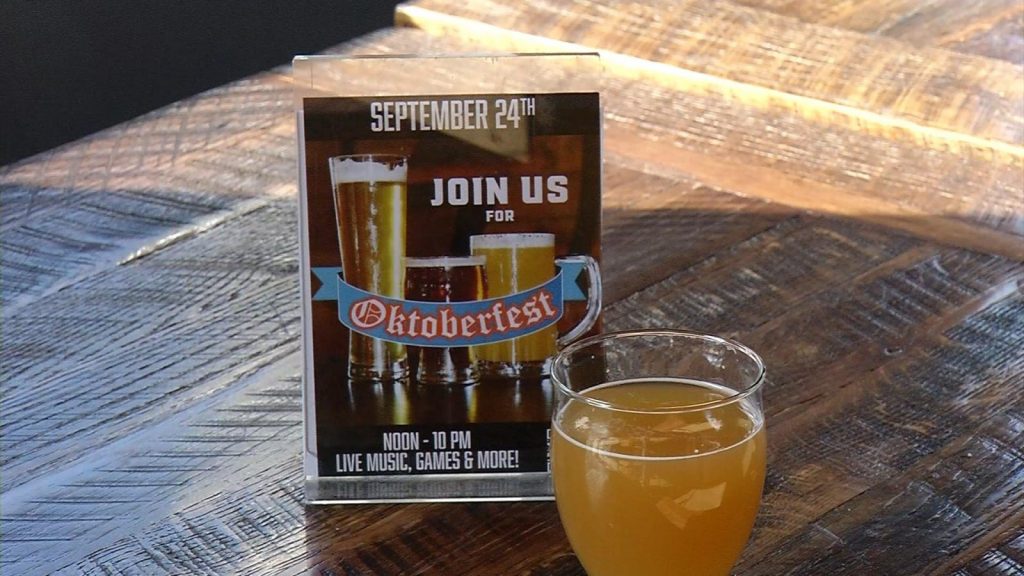 John Keenan, co-owner of Under Pressure Brewing, says the competition is a sight to see.

“We just get crowds gathering around as the contests start,” said Keen.

Other competitions, which occur on all three days, include a spätzle relay race and a stein holding contest. Spätzle is a dumpling type of noodle.

Of course, there’s beer too. Under Pressure offers 27 beers on tap, plus countless blends. At OktoBeerMeatFeast, it will offer four special German beers, including a märzen, a rauchbier smoked ale, a maibock helles and a schwarzbier, which is a black beer or dark lager. Other fall specialty beers include a new rhubarb ale, a “Hello Gourd-geous” pumpkin spice ale and an apple crisp ale

“It’s with caramel, which goes wonderfully with our sour tart apple, plus it has the whipped cream and a little chai ale,” said Keenan, describing the apple crisp ale. “It’s fantastic. Worth trying for sure.”

Added Keenan, “You can sit here and be happy all day long making choices for beer. And I don’t thing there’s a bad choice. And I’m proud to say that.” 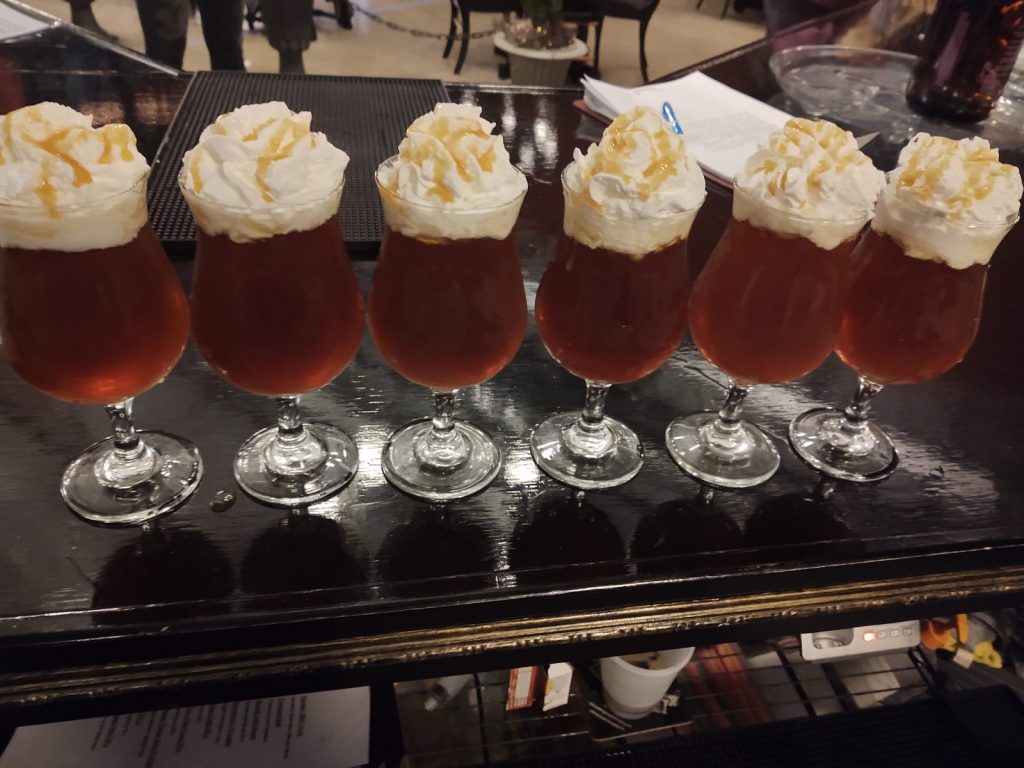 The apple crisp ale at Under Pressure Brewing.