Poppe was first elected in 2012. He says his No. 1 goal is the continued financial health of the city. Poppe mentioned in a statement to CCX News that is proud of the AA bond rating for the city that came about through strong financial management and smart development. He works in commercial real estate. 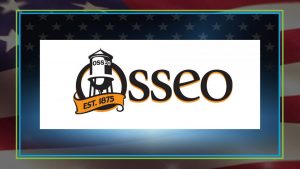 Alicia Vickerman has lived in Osseo with her family since 2009 and likes the small town feel. Her professional background is in finance and wants to contribute to the community through serving on the city council. Vickerman told CCX News that she would like to encourage businesses, support public safety efforts and increase inclusivity in the city.

Meanwhile, Harold Johnson won his re-election bid, receiving 710 votes. Johnson was first elected to the city council in 2014 to fill the remainder of a two-year term. Johnson is proud of Osseo’s public safety assets and says it’s the reason why Osseo homes sell quickly.

Learn more about the election in Osseo by clicking here.