In Policing in a Pandemic (part 2), local police chiefs and the Minnesota State Patrol share how they keep roads safe with fewer cars and reports of increased speeds.

An Uptick in Speeding?

According to the State Patrol, there is an uptick in speeding and they have a simple message to everyone: slow down.

“We are seeing an excess of speeders,” said Lt. Gordon Shank from the State Patrol. “So there is an increase. We’ve seen speeders in the triple digits, going over 100 mph. We have seen that as troopers. Troopers have relayed that back to me. They said, ‘hey we’re seeing people that are speeding more than they normally would.’ We’re out there stopping them.”

“Anecdotally I have heard that Highway 100 is a NASCAR track,” said Crystal Deputy Police Chief Brian Hubbard. “We don’t spend a lot of time on Highway 100, but I’ve just heard that anecdotally from folks. The first few weeks that this all started and we were all getting our bearings on this, the streets were pretty desolate. Now that we are starting to work towards that new normal, you’re seeing more people being out, finding more things to do. I think when the cars were gone they were probably going faster because you didn’t have to dodge traffic.”

“Yeah we have,” said Osseo Police Chief Shane Mikkelson. “Mostly on 93rd and County Road 81 is where we’re seeing most of our speeding issues. We normally see those speeding issues, we don’t see it in our neighborhoods – especially now. We have so many people out on foot walking around and getting exercise.”

Meanwhile in Brooklyn Park, the roads are not turning into race tracks. So far officers have not seen a rise in speeding.

“Not really hearing it,” said Brooklyn Park Deputy Police Chief Mark Bruley. “I think anecdotally we see people doing things on the roadway. I can’t say that we have the data that supports it, but it certainly maybe feels that way.”

In a pandemic do officers ignore minor infractions? 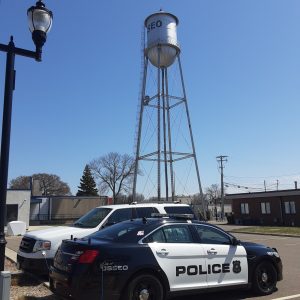 “I don’t know if we’re easing up,” Bruley said. “But we always encourage our police officers to use discretion when they choose to write a citation or make an arrest. There are exceptions to that like domestics and those crimes that they don’t have discretion. But the vast majority, especially traffic enforcement, they have discretion. We really ask them to look at what you’re trying to do. Is it appropriate to enforce?”

“Typically, no we’re still doing our public safety duty,” Mikkelson said. “Our officers have been instructed to continue on as they would, to just be safer. Use their social distancing.”

“For us, we’ve told our officers to continue to do police work and do it safely,” Hubbard said. “Are people still speeding, are people still driving poorly, are people still stealing? All of these things are still happening and I think the community has an expectation that we will rise to the challenge and address those things.”

Bottom line is, officers are still enforcing the law with some flexibility. Even though the roadways don’t have nearly as much traffic as normal, it’s not smart to speed excessively.