As many Minnesotans can attest, ideal cycling weather is few and far between here in the Land of 10,000 Lakes.

But Dee Dee Winfield doesn’t need perfect weather to go for a bike ride. For this Plymouth resident, cycling is a year-round activity.

“I definitely ride more in the summer, but I do ride year-round,” she said. “So fat bike, I ride gravel, I ride on the road some. Mountain biking. Single track. So yes, all year round.”

Hopping on a bike is part of her lifestyle.

“This is something that I get to do for myself. I kind of see it as a therapy, a release,” Winfield said.

“I love the trails here. They sort of remind me of the East Coast,” Winfield said. “And some of the sections, they’re a little rockier. It’s fun, flowy, you can get some good miles in.”

Getting some good miles in is important when you take cycling as seriously as she does. For Winfield, cycling isn’t just a form of exercise. It’s also a competitive sport.

“I moved here six years ago, met some people riding and they’re like, ‘oh you have to do this Lutsen 99er,’ so this is my third year actually doing it,” Winfield said. 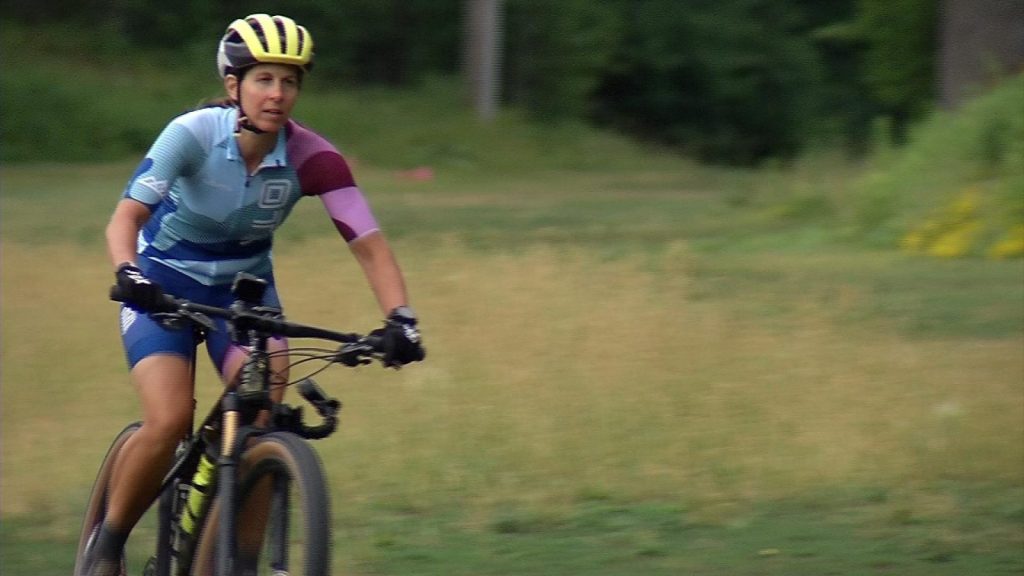 The Lutsen 99er is a 99-mile bike race featuring 1,800 participants that starts on the north shore of Lake Superior.

During the event on June 25, Winfield came in third among the women’s group, finishing in six hours 17 minutes and 39 seconds.

“I think your target is always to do the very best you can, and sometimes you know where you are, place-wise,” Winfield said. “But I didn’t know. So coming in third, I was very happy with that.”

Yet out of the Lutsen 99er’s 1,800 participants, event organizers from Life Time say only 10 percent were women.

It’s something they’d like to change, and Winfield is hoping to inspire other women to follow her lead.

“I think it would be awesome,” Winfield said. “It’s always great to be out there cheering the women on. Everyone’s so positive. So having more women in the field is always a great experience.” 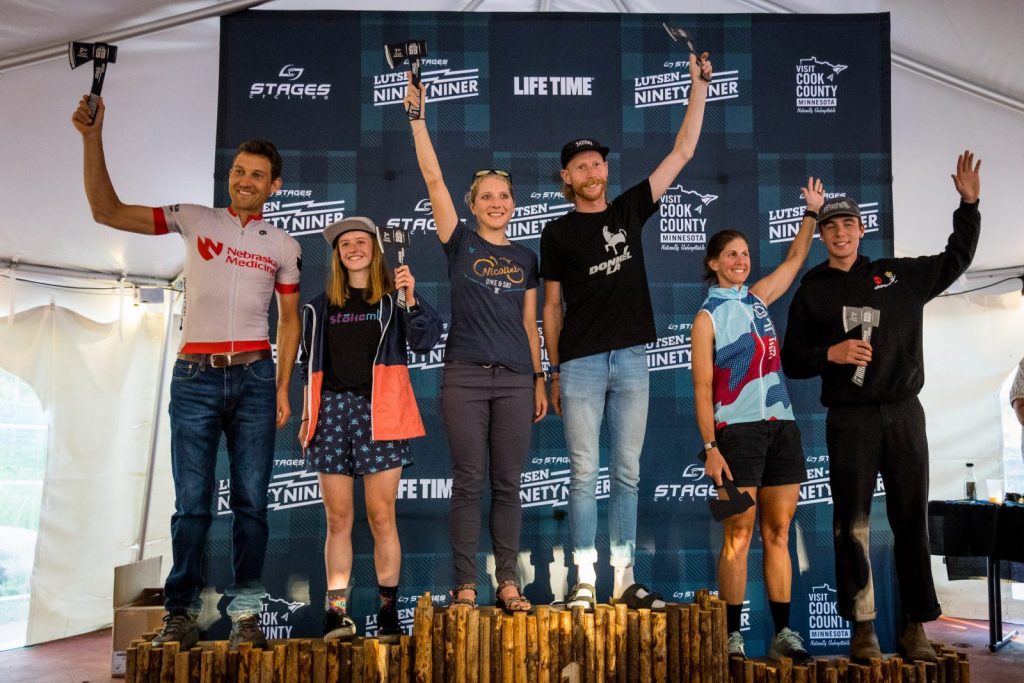 Dee Dee Winfield (second from right) stands on the podium with the other winners of the Lutsen 99er. Photo Courtesy: Life Time