Plymouth Resident Picks Up 15 lbs. of Trash Each Week

Six days a week in a Plymouth neighborhood, Doug Eichten walks and picks up trash along Bass Lake Road.

“There’s so much trash,” Eichten said.

Eichten has been removing other people’s litter for five years. 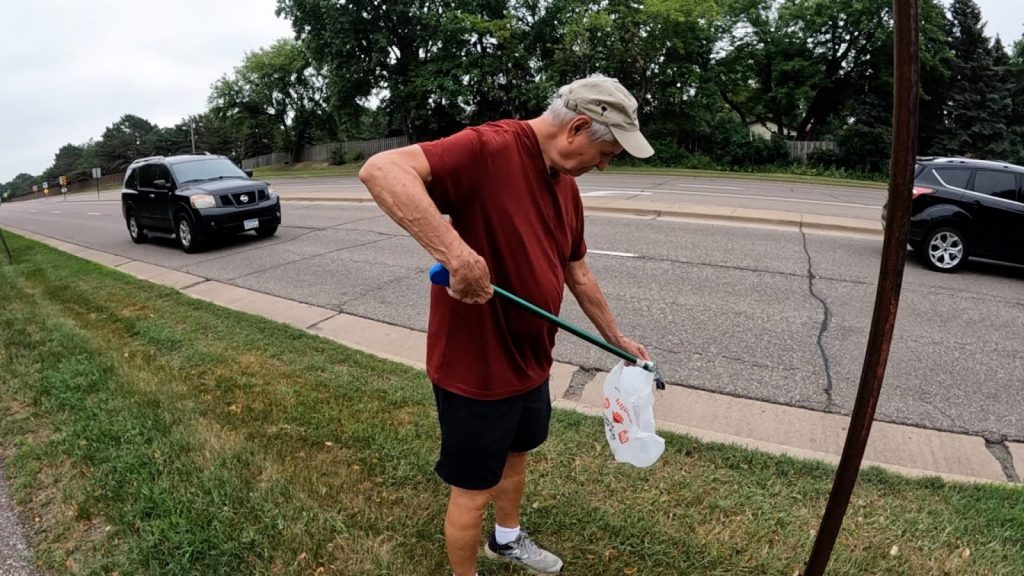 Helping Mother Nature is a top priority for Eichten and his friends who assist with cleanup duty. He says he collects about 15 pounds of trash per week.

“There’s no accidental litter. It’s all either thrown out of the car or trucks that don’t tie down loads. None of it’s necessary,” he said.

“We can always use more people like Doug,” said Hennepin County spokesperson Carolyn Marinan, who happens to be Doug’s neighbor.

Marinan says the county has several environmental plans, including the Zero Waste program, which focuses on reducing, reusing and recycling.

“Hennepin County is committed to a zero-waste future,” said Marinan. “It takes everybody doing something.”

Meanwhile, Eichten says he will continue to do his part to ensure the highways and waterways are clean.

“I hope people that go by with young children point out the old guy is out there picking up trash that is not his and keep the trash in the car.”