For eighth-grade students at Plymouth Middle School, not only did they endure a pandemic that consumed two and a half years of their lives, they also had to overcome something much different.

In April 2021, when many of them were just getting used to middle school, they were shaken by gunfire outside a school bathroom. A student had fired multiple shots into a hallway ceiling. Fortunately, no one was hurt.

Then last year, as students prepared in the week leading up to their musical, the production almost got canceled due to a spike in illnesses.

“I kind of call these kids the ‘phoenixes.’ There’s been a lot of ashes and they’re coming through and making something really beautiful as a collective,” said Nina Jonson, director of “Newsies, Jr.,” this year’s Plymouth Middle School musical.

Now for the first time — in what seems like an eternity — these students feel like, well, students. During a rehearsal for “Newsies, Jr.” on Monday night, the feeling of anxious anticipation permeated throughout the Robbinsdale Middle School auditorium, where the musical will be held.

“A little stressed, but I think it’s going to be fun,” said eighth-grader Harper Chamberlain, who is part of the “Bowery Brigade.”

“It’s just great to have a bunch of people in this giant cast that all like being here and like knowing what they’re doing,” said Zinnia Jonson. 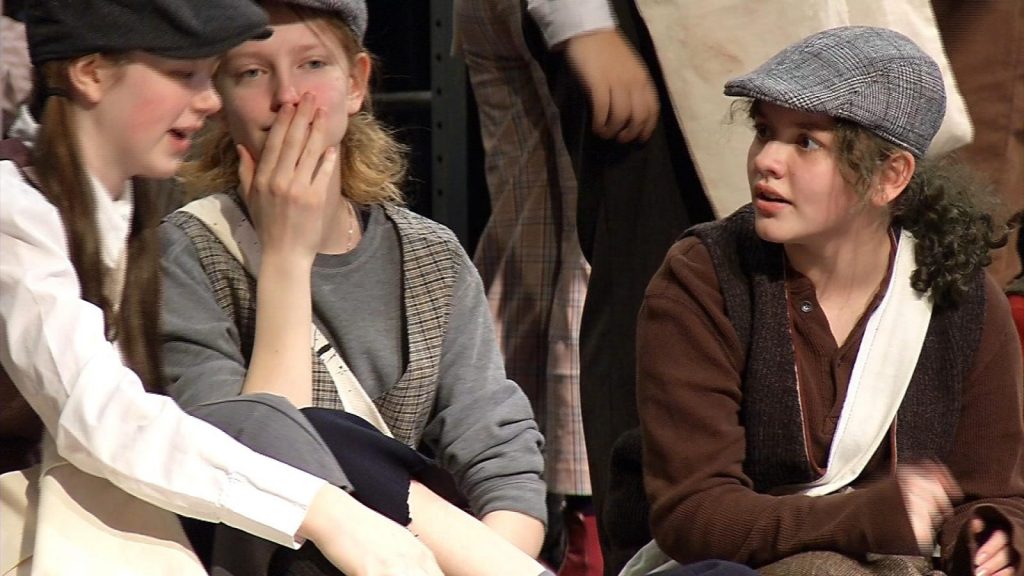 The Plymouth Middle School production of Disney’s “Newsies, Jr.” is inspired by a true story. Set in 1899, a group of young newspaper delivery carriers feel like they’re being treated unfairly by their miniscule pay. They set out to right some wrongs.

“It’s about standing up for what you think is right and just telling people who put you down, ‘No! I am here and I am strong and you can’t take that away from me,’ said Zinnia Jonson.

The show directors feel the musical’s lesson is not unlike what the student performers have overcome.

“Kids are remarkably resilient in a way that I feel we as adults don’t often understand or deserve,” said Nina Jonson. “They go through so much and they do it with a smile. And these kids have had a really, really hard three years.”

Nina Jonson points out the students have put in hundreds of hours of rehearsal, coming in during winter break, before and after school, and on weekends.