The Plymouth City Council has given the green light to a construction plan that would significantly expand the Plymouth Creek Center. The project has an estimated cost of $51.97 million.

“To see this come together in this format, to get to this point, is just beautiful to see,” said Plymouth Mayor Jeffry Wosje.

The city began working on the project in 2017. The three-year process involved resident input and numerous planning meetings. Wosje says the remodel and addition was the subject of 12 different council meetings since 2018. 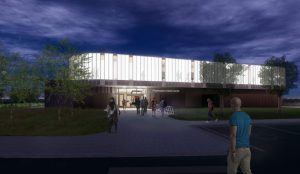 View of entrance to fitness center/Rendering by HGA

The makeover will expand the Plymouth Creek Center from a 30,000-square-foot facility to an 111,410-square-foot building. It will include the following amenities:

The project also includes the appropriate infrastructure for a future third gymnasium. The city hired RJM as the construction manager to lead the project. Bids for the project will go out July 28 with construction on the gymnasiums to begin in August.

“This is really an exciting time,” said Brad Barickman of RJM Construction. “We’re working through the last process before we break ground on the project.”

Barickman noted the state of the construction market is very favorable to the city, meaning it’s possible the project cost could go down.

“For the first time in a long time, we’re starting to see construction pricing go down,” Barickman said. “This project couldn’t go out for bid at a better time.”

Construction on the project is expected to take two years with remodeling of the existing facility to begin after the gymnasiums are complete.

“I think it looks great,” said Plymouth City Council member Ned Carroll. “My hats off to everybody that’s been involved in this.”

For the median valued home of $350,000 in Plymouth, the cost of the project would add about $6 a month in city property taxes. Council member Jim Prom was the lone no vote. He previously expressed concerns about the cost and scope of the project being too much. 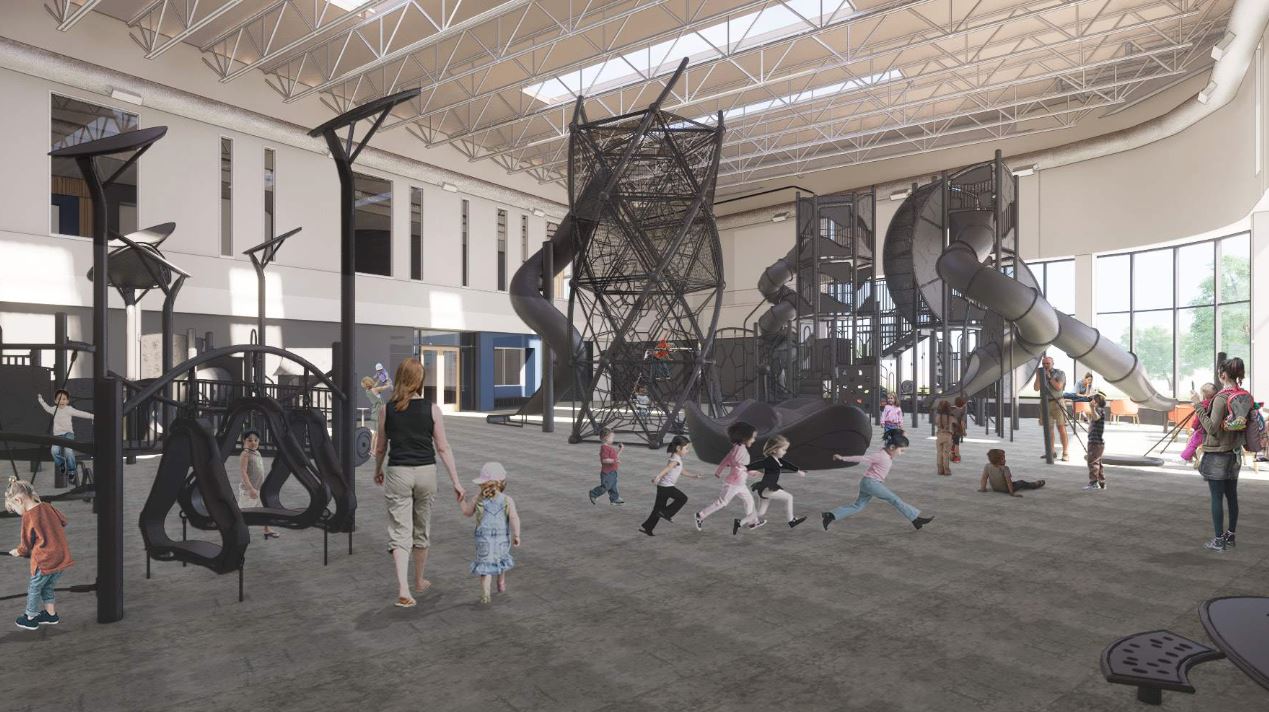 View of indoor playground/Rendering by HGA 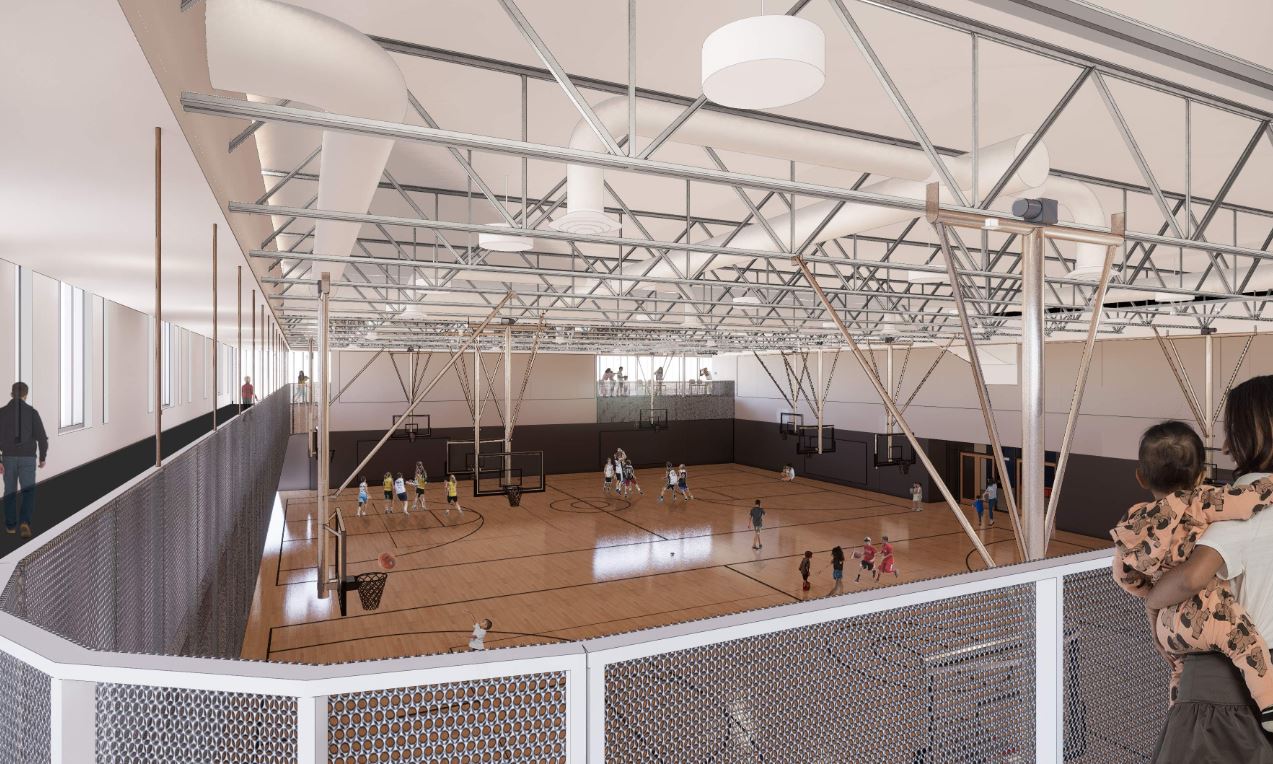 View of gym and walking track/Rendering by HGA 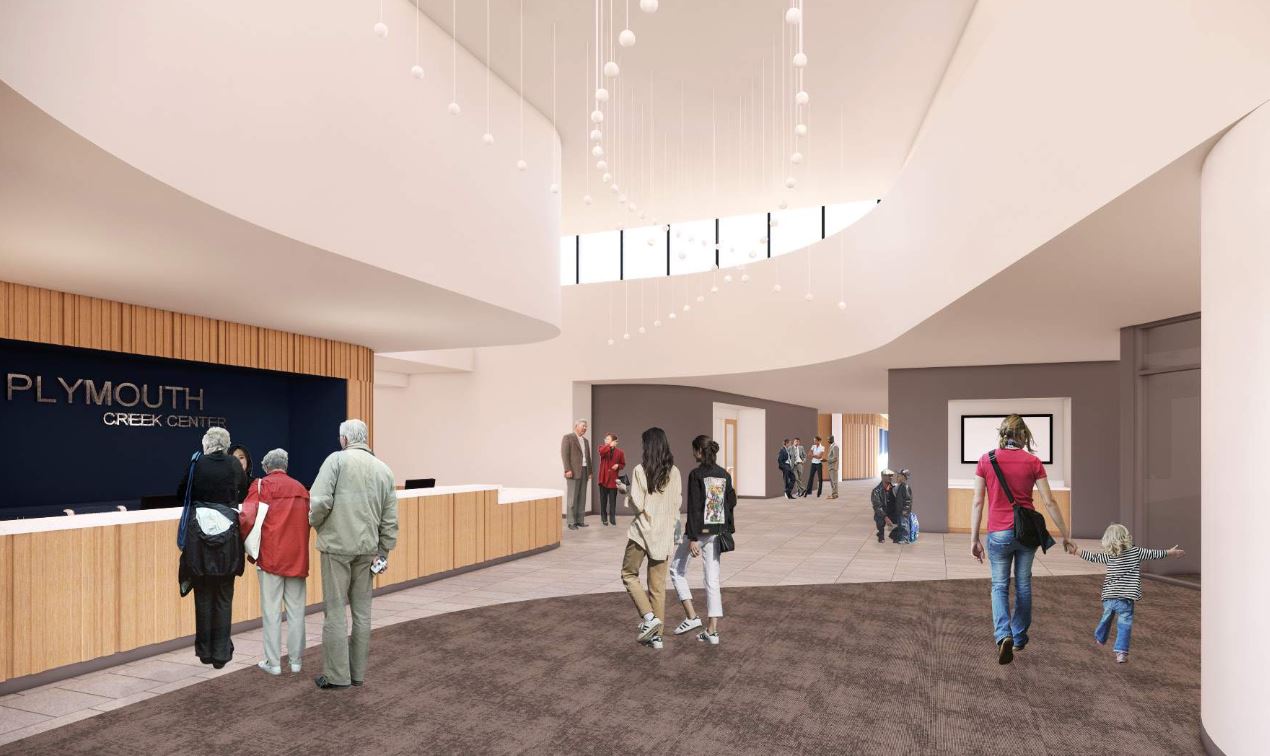