In the race to fill the seat for Hennepin County Commissioner in District 1, voters elected Brooklyn Park Mayor Jeff Lunde, who defeated De’Vonna Pittman by a vote of 36,744 to 35,248.

District 1 is the former seat of Mike Opat, who decided not to run for re-election after serving in the seat for three decades. District 1 covers Brooklyn Center, Brooklyn Park, Crystal, New Hope, Osseo and Robbinsdale. 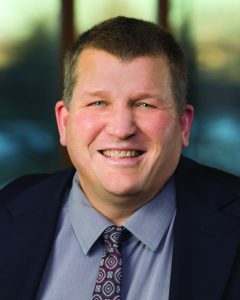 Lunde is current mayor of Brooklyn Park and has served in that role since 2011. He founded and has been very active in the Blue Line Now! Coalition. Lunde has been very vocal in advocating for the Blue Line and transit options, as well as a park trail system that connects all parks. He is also a board member for League of Minnesota Cities and involved with the Obama Foundation’s My Brother’s Keeper organization.